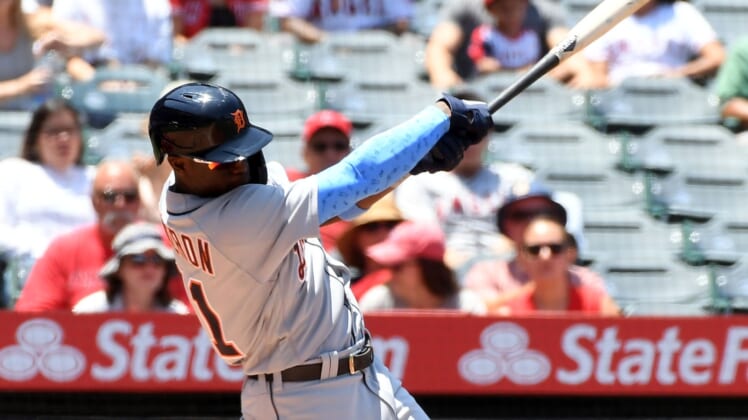 The Detroit Tigers scratched center fielder Daz Cameron from Monday night’s starting lineup against the Texas Rangers after he suffered a sprained toe on his right foot when he crashed into the outfield wall during pregame warmups.

Preparing to play for the first time in his career at Globe Life Field in Arlington, Texas, Cameron had been tracking fly balls when he collided with the wall during batting practice.

After Cameron was helped off the field, the Tigers made a number of changes to their planned starting lineup, including inserting rookie Akil Baddoo in center field and in the leadoff spot.