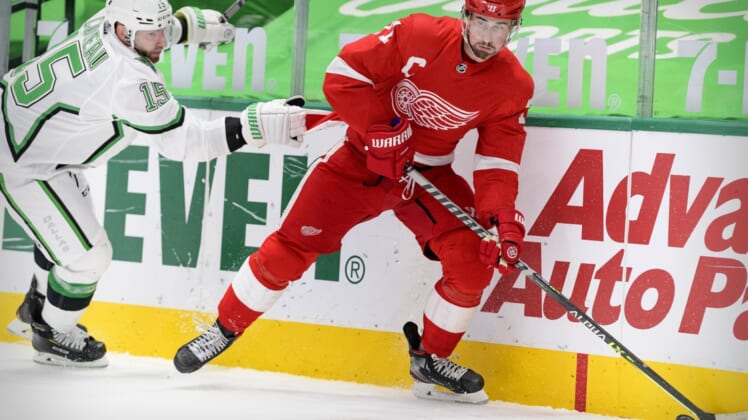 Detroit Red Wings captain Dylan Larkin has been ruled out for Thursday’s game against the visiting Dallas Stars.

Larkin scored a goal late in the third period during the Red Wings’ 5-2 loss to the Stars on Tuesday. He exited soon after with an upper-body injury.

Per the team, Larkin will undergo additional tests on Friday.

Larkin, a Detroit-area native and former University of Michigan star, shares the team in lead in points (23) with defenseman Filip Hronek. Larkin has nine goals and 14 assists in 44 games this season.