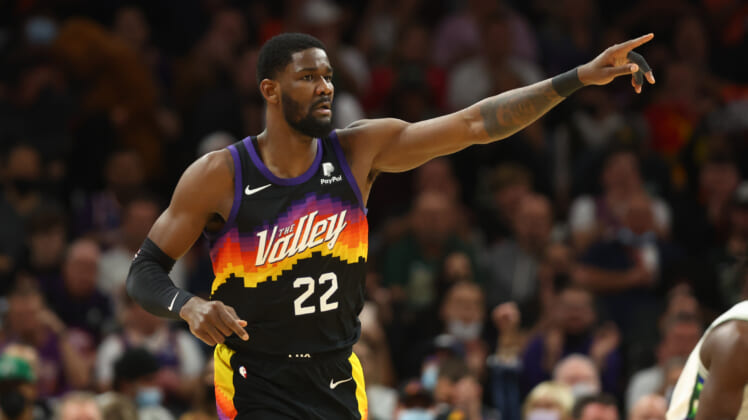 It seems that not only did Jerami Grant being traded to Portland increase the Detroit Pistons’ chances of signing restricted free agent Deandre Ayton, but it may have set the stage to bring the Suns’ center and another notable free agent to Detroit this summer.

Ayton is one of the best talents on the 2022 free-agent market, and the Pistons are one of the few teams in the league with the cap space to give him the max deal he wants. The two sides have been linked for marriage this summer in recent days, and a new report claims that the possibility seems as strong as ever, but Ayton may not come to Detroit alone.

On Thursday, veteran NBA insider Marc Stein revealed on his Substack page a couple of notable pieces of news when it comes to Ayton joining the Pistons, and their free-agent plans this summer. Firstly, Stein reports that despite Detroit being in the midst of a rebuild, the four-year veteran is very interested in the possibility of teaming with the Cade Cunningham — the first overall pick in 2021 — to help turn the franchise around.

Related: 3 reasons why a Deandre Ayton trade makes sense for the Detroit Pistons

However, Stein also revealed that forging a duo of Cunningham and Ayton may not be the end game for the franchise. Following the deal that sent Jerami Grant to the Portland Trailblazers for a 2025 first-round selection, the organization now has $50 million in cap space this summer. This means they have the type of money to land a second top free agent in the coming months.

In Stein’s Thursday report, he mentions three names that are popular options in the Pistons front office. The first is Charlotte Hornets restricted free agent Miles Bridges. The four-year veteran taken 11 picks after Ayton in the 2018 NBA Draft has gotten better each season and took a major leap forward in 2021-2023. As he averaged just over 20 points, seven boards, and nearly four assists per game. He would be a fantastic addition as a top-scoring option while Cunningham continues to develop and Ayton backs them up defensively.

The second name Stein suggested in his report was Cleveland Cavaliers guard Collin Sexton. The four-year veteran seemed poised to make his first All-Star team this season after back-to-back years with over 20 points a game. Unfortunately, a torn meniscus limited him to just 11 games in 2021-2022. However, he is expected to be fully recovered and ready for the new season. But he is a restricted free agent, and based on what Cleveland does this summer, they could decide to match any offer from the Pistons. 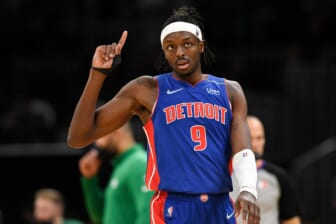 Continuing on the path of improving the point guard position, the team is also interested in Dallas Mavericks standout Jalen Brunson. The 2018 second-round pick had a breakout year in 2022 and is coveted by several teams including the New York Knicks. However, until further notice, the Mavs are expected to match offers for the restricted free agent.