The Detroit Lions may have been football’s luckiest team last season. Despite ranking 27th in DVOA, 29th in weighted DVOA and dead last in defensive DVOA, the Lions managed to go 9-7 and make the playoffs thanks to a record eight fourth quarter comebacks.

Needless to say, that could come back around in a big way this season.

If Detroit has a chance of being competitive, that chance centers around Matthew Stafford and offensive coordinator Jim Bob Cooter. Stafford and Cooter simply click. The quarterback flourished in Cooter’s offense last season, throwing for 4,327 yards and ranking ninth among quarterbacks in DYAR.

Cooter set Stafford up to succeed with an offense designed for efficiency — the Lions went heavy on short routes that maximize yardage after the catch. Per Cian Fahey’s charting, 2,376 of Stafford’s yards were after the catch, which ranked fourth in the league. 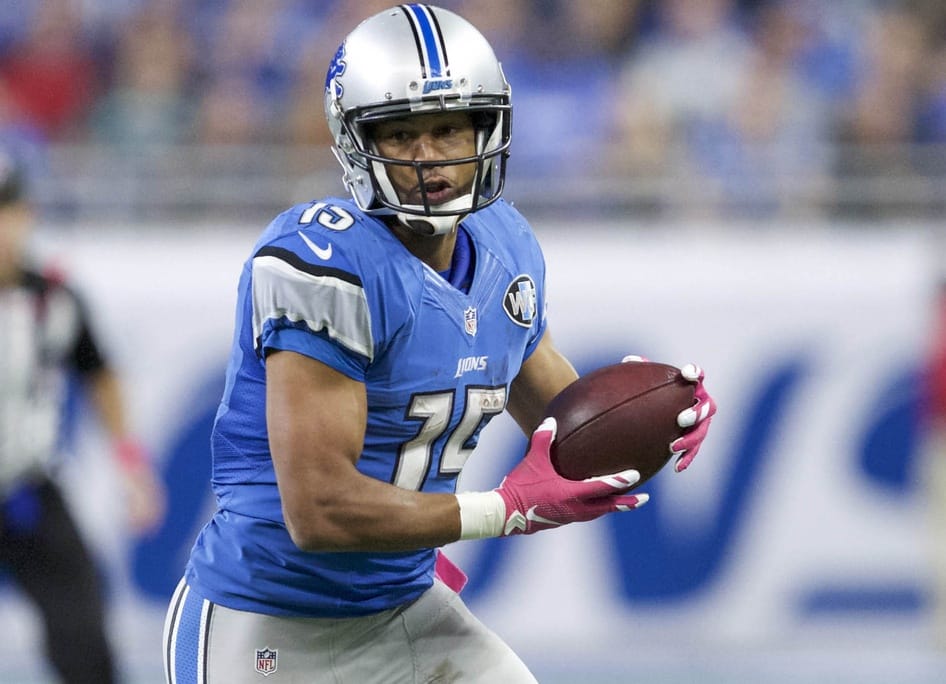 At the top of the depth chart, things don’t look that bad at wide receiver if you only take a quick glance. Golden Tate went for over 1,000 yards last season, his first as Detroit’s No. 1 option, while Marvin Jones did well in a secondary role. However, Tate wasn’t particularly efficient, with a below-average DVOA. He also ranked 48th among receivers in DYAR, which isn’t good enough for a No. 1 receiver. Jones only had 55 receptions last season, but made the most of them, going for 16.9 yards per reception which helped him rank 20th in DYAR. If his catch rate (53 percent last season) goes up a notch, he could challenge Tate for that top spot.

Detroit’s best two receivers are fine, but their third wideout spot could be a disaster. T.J. Jones and Jared Abbrederis, the two players in competition for it, played less than 100 snaps last season, combined. At tight end, Eric Ebron was efficient, thanks mostly to a 72 percent catch rate, but wasn’t an impact player. Unless he takes a bigger role, it will be easy for opposing defenses to focus in on Tate and Marvin Jones, daring Stafford to go elsewhere with the ball.

That risk gets even easier for defenses to take when they look at the run game. Theo Riddick is a credible threat as a pass catcher, but had just 3.9 yards per attempt in 92 carries last season. Ameer Abdullah had a disappointing rookie season, then got hurt last year after just two games. Zach Zenner and Matt Asiata are “break glass in case of emergency” players, whom the Lions are already close to using with regularity.

The front office focused most this offseason on repairing the offensive line and did a respectable job. The right side of the offensive line — with guard T.J. Lang and tackle Ricky Wagner, both new additions — looks great. Lang was in the top-10 among guards in PFF grading last season while Wagner was in the top-20 among tackles. Center Travis Swanson blew only six blocks last season, per Football Outsiders Almanac, and allowed no sacks.

However, the left side of the line is going to be an issue. Taylor Decker had a decent rookie season, but underwent surgery after tearing his labrum and will be lucky to play this season. In his place, Cyrus Kouandijo is a respectable stopgap, but won’t improve things. Left guard Laken Tomlinson had an atrocious 43.9 PFF grade last season. Stafford won’t get sacked a lot — thanks in large part to the system Cooter runs — but it’s hard to see things improving dramatically on the left side when it comes to run blocking. The Lions were 28th in adjusted line yards when they went to the left end last season and 32nd running behind the left tackle.

The offense may keep its head above water. The defense will not.

Detroit was 32nd in the league when it came to both regular and weighted defensive DVOA last season. It’s easy to see why. 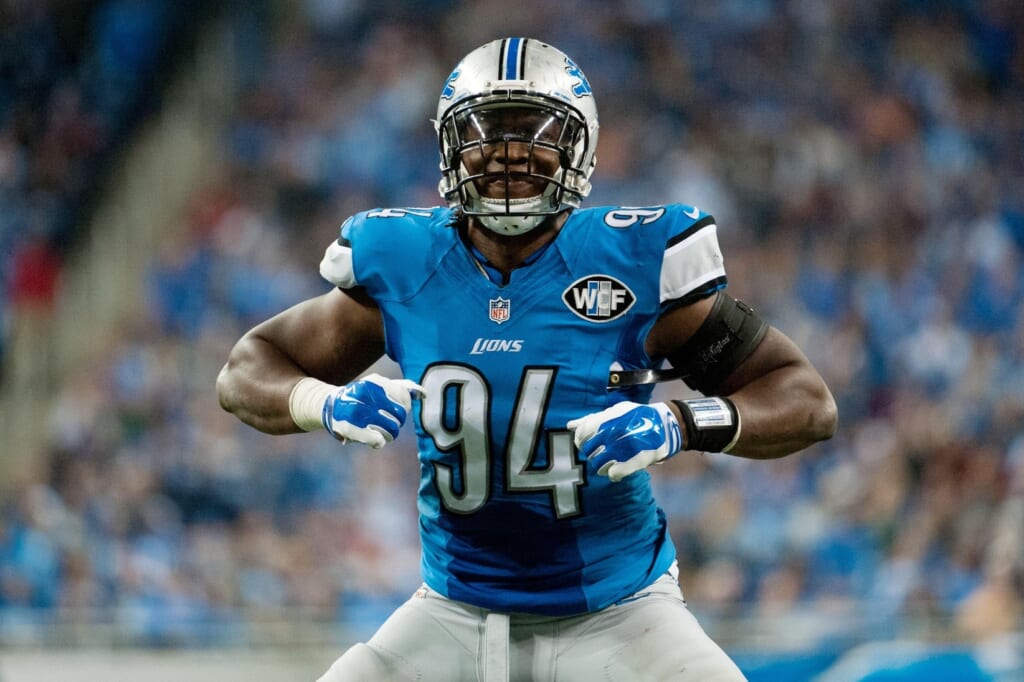 For starters, the line is in shambles. Detroit was near the bottom of the league in nearly every major advanced stat — 21st in adjusted line yards, 31st in power success, 29th in stuff rate, 30th in pressure rate, per FOA. Ziggy Ansah — a Pro Bowler in 2015 — had only 2.0 sacks last season.

He’s still arguably the best pass rusher on the team, but his 64.1 run defense grade from PFF doesn’t inspire and the sack totals have to go up. Ansah starts training camp on the PUP list, but is expected to be fine for Week 1. A’Shawn Robinson is young showed promising  signs in his rookie year, but did so in a rotational role. He’s not yet good enough to be the anchor of the line yet and Detroit doesn’t have another viable candidate.

Haloti Ngata is 33 and his decline showed last season. He had only 1.5 sacks, two hits and 12 hurries and went from allowing 1.9 rush yards per tackle in 2015 to 2.6 last season, per FOA. On the other edge, Kerry Hyder was surprisingly solid as a pass rusher last season, posting 8.0 sacks, but had a pedestrian 64 percent run stop rate, per FOA.

Things don’t get much better at linebacker. Tahir Whitehead had a 49 percent run stop rate last season, per FOA. He also had a 36.7 PFF grade, which ranked 82nd among linebackers. Paul Worrilow lost playing time with the Falcons last season, getting only 166 snaps, but struggled in run defense as well.

Rookie linebacker Jarrad Davis could be a partial answer. At Florida, he displayed good explosive ability and could cover tight ends and running backs in man. However, he ranked 73rd in run stop rate, per PFF, and that explosiveness works against him at times. It’s tough to ask Davis to be the focal point of the linebacking corps so early in his career. 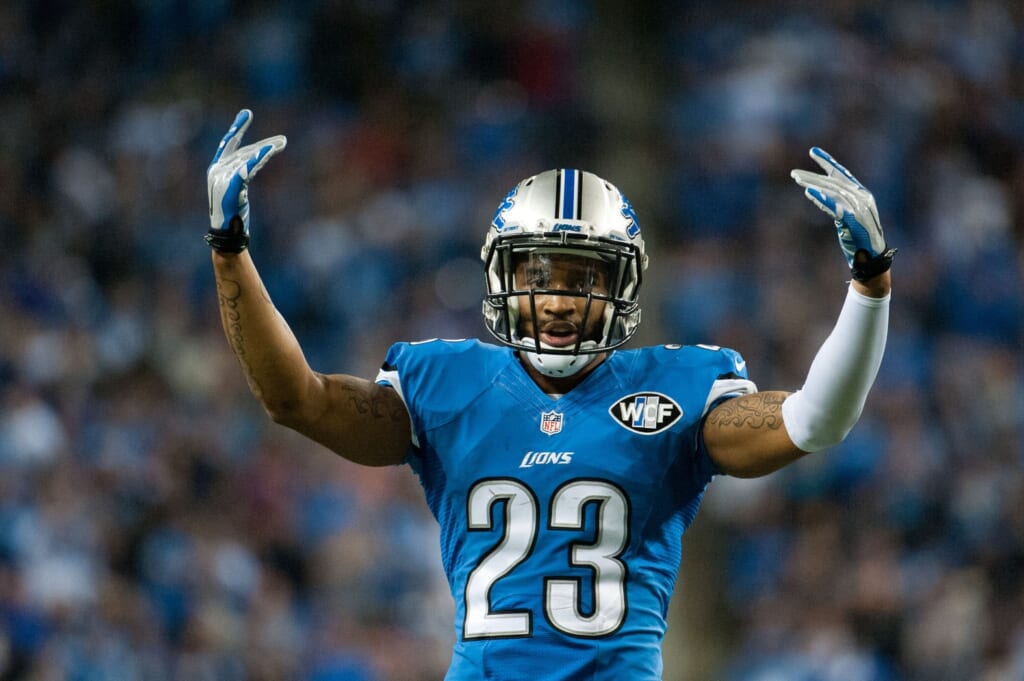 Cornerback Darius Slay could be the best player on the defense. By PFF grading, he was. That isn’t an especially high bar, however, and Slay’s 48 percent success rate, per FOA, didn’t exactly inspire. Nevin Lawson and D.J. Hayden, the team’s other two projected starters, had success rates of 42 and 50 percent, respectively, and gave up over eight adjusted yards per target, according to FOA.

The Lions aren’t terrible at safety. Glover Quin is aging, but ranked in the top-20 among safeties in success rate, per FOA. Tavon Wilson was just below Slay in PFF grading at 83.6, ranking 18th among safeties.

This defense’s biggest problem isn’t so much a lack of competent players so much as a lack of impact players. Most of the starters would start on other teams, but there aren’t any Pro Bowl-caliber players.

To compete with a defense as bad as the Lions had last season, you need to have an unbelievable offense or be extremely lucky. Detroit was the latter and luck doesn’t tend to last.