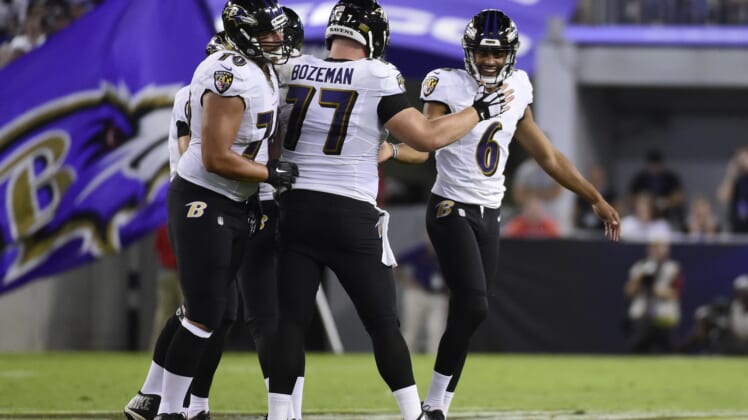 The Minnesota Vikings are really having a tough time finding a consistent kicker, and in their desperation they traded a fifth-round pick to the Baltimore Ravens for Kaare Vedvik, per ESPN’s Adam Schefter.

This comes on the heels of Dan Bailey struggling during practice.

It’s important to realize that the Vikings gave up a fifth-round pick during the 2018 NFL Draft selecting Daniel Carlson as well. Remember, Carlson was cut in September of last year after a rough game, and was replaced by Bailey.

Also, it’s worth noting that the Vikings gave up quite a bit more in a trade with Baltimore for Vedvik than teams normally would relinquish for a kicker.

So, it’s pretty clear that Minnesota has a big problem evaluating talent at this key position, and is pulling out all the stops to attempt remedying it.