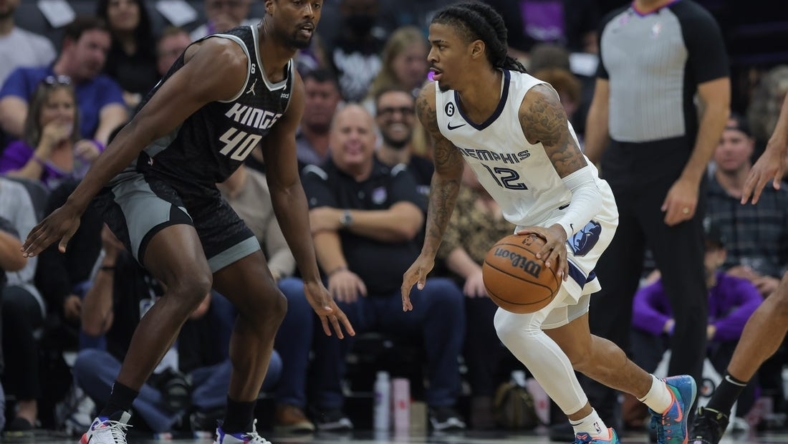 Desmond Bane was 6 of 8 from 3-point range and scored 31 points to lead the Memphis Grizzlies to a 125-110 victory over the host Sacramento Kings on Thursday night.

Ja Morant added 22 points and six assists and Brandon Clarke added 16 points off the bench as Memphis won for the fourth time in five games this season.

De’Aaron Fox scored 27 points and Harrison Barnes added 20 for the Kings, who are one of three winless teams in the NBA along with the Los Angeles Lakers and Orlando Magic.

It was the second consecutive torrid shooting night for Bane, who established career highs of 38 points and eight 3-pointers in Monday’s 134-124 win over the Brooklyn Nets. Bane is 14 of 19 from 3-point range over the last two games.

Memphis led by seven at the half and quickly stretched the lead to 74-61 on Santi Aldama’s dunk with 8:01 left in the third quarter.

But the Grizzlies finished the period strong and Bane’s layup with 38.3 seconds left allowed them to take a 94-83 advantage into the final stanza.

Clarke’s basket pushed the lead to 16 with 11:05 left in the contest before the Kings rattled off 10 straight points to move within 99-93 with 9:22 remaining.

Bane answered with a 3-pointer to start a 17-6 spurt. He also connected on a trey to end it and give Memphis a 116-99 lead with 6:24 to play and the Grizzlies cruised to the finish.

Bane scored 15 points, including a 3-pointer to end the half, to help the Grizzlies hold a 63-56 lead at the break. Fox had 16 in the half for Sacramento.