Deshaun Watson betting favorite to be Patriots QB in 2021 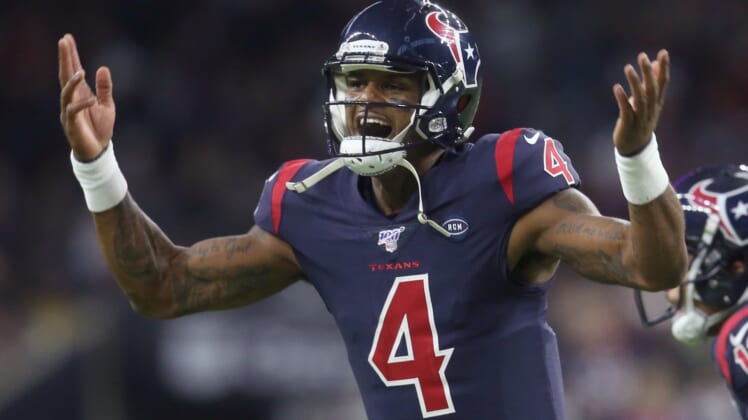 Following Tom Brady’s shocking decision to sign with the Tampa Bay Buccaneers, we have absolutely no idea what the future is going to hold for his former New England Patriots team.

I focused on some short-term possibilities as it relates to who might replace Brady in New England. However, head coach Bill Belichick and Co. are going to need a long-term solution.

According to Sports Betting, that could very well end up being Houston Texans quarterback Deshaun Watson. In fact, he’s favored to be the Patriots’ starting quarterback in 2021.

Those are some names right there. Watson, 24, finished up yet another tremendous season under Bill O’Brien with the Houston Texans. He’s now eligible for an extension for the first time in his career. Not slated to hit free agency until after the 2021 season, Watson’s presence as the favorite to land in New England is interesting.

I will say that O’Brien’s decision to trade star receiver DeAndre Hopkins to the Arizona Cardinals earlier this week is an indication that we can expect the unexpected from the head coach and general manager.

Stidham makes sense in that he’s the only viable quarterback on New England’s roster right now. A mid-round pick out of Auburn last year, he impressed the Patriots’ brass big time in practice as a rookie. That’s some food for thought.

Among those also bandied about, Trevor Lawrence is an interesting figure. He’s already the consensus top player in the 2021 NFL Draft. Should New England decide to tank in 2020, the Clemson product makes a lot of sense.