Derek Carr is the NFL MVP at season’s midway point

This is not a test. The Oakland Raiders have a legitimate MVP contender. He plays quarterback. He’s been absolutely dominating through the first two-and-half years of his NFL career.

His name is Derek Carr.

And we are here to explain why the Fresno State product should be considered the league’s most valuable player at the midway point of the season.

Recency bias suggests that Carr should jump to the top of the list of potential MVP candidates. After all, here’s a dude that completed 40-of-59 passes for a franchise record 513 yards and four scores in Oakland’s overtime win over the Tampa Bay Buccaneers last week.

Not only did Carr step up big time when it counted, he joins John Brodie and Ben Roethlisberger as the only quarterbacks to toss for 500-plus yards and at least four scores without throwing an interception. That’s mighty fine company. That’s one Hall of Famer and another quarterback that will be getting a bust in Canton some time in the not-so-distant future.

In reality, Sunday’s performance was nothing more than a culmination of Carr’s elite-level ability to make plays with the game on the line.

New England Patriots quarterback Tom Brady might be the sexy pick after what he’s done in his first four games of the season. That’s fine. That’s also projection based on a smaller sample size, primarily because his name is Tom Brady.

Carr has been clutch. Clutch in the way we’ve only seen from the likes of Brady and Eli Manning in recent years. And while it’s only the regular season, somewhat proving said comparison void in the grand scheme of things, it really is the reality of the situation.

We are talking regular season MVP. And Carr has been the most valuable to his specific team through the first eight weeks of the season.

Think about this for a second. Carr has thrown 11 touchdowns compared to zero interceptions inside the red zone this season. All said, 11 of his 21 completions inside the opponent’s 20 have gone for scores. He’s yet to turn the ball over in 75-plus snaps in like situations on the year.

We then have the advanced stats at the end of each half that suggest Carr ups his game when it counts the most.

Heck, Carr is one of the primary reasons the Raiders boast a perfect 5-0 road record. The former second-round pick is completing 65.3 percent of his passes with 11 touchdowns and one interception away from Oakland on the season. 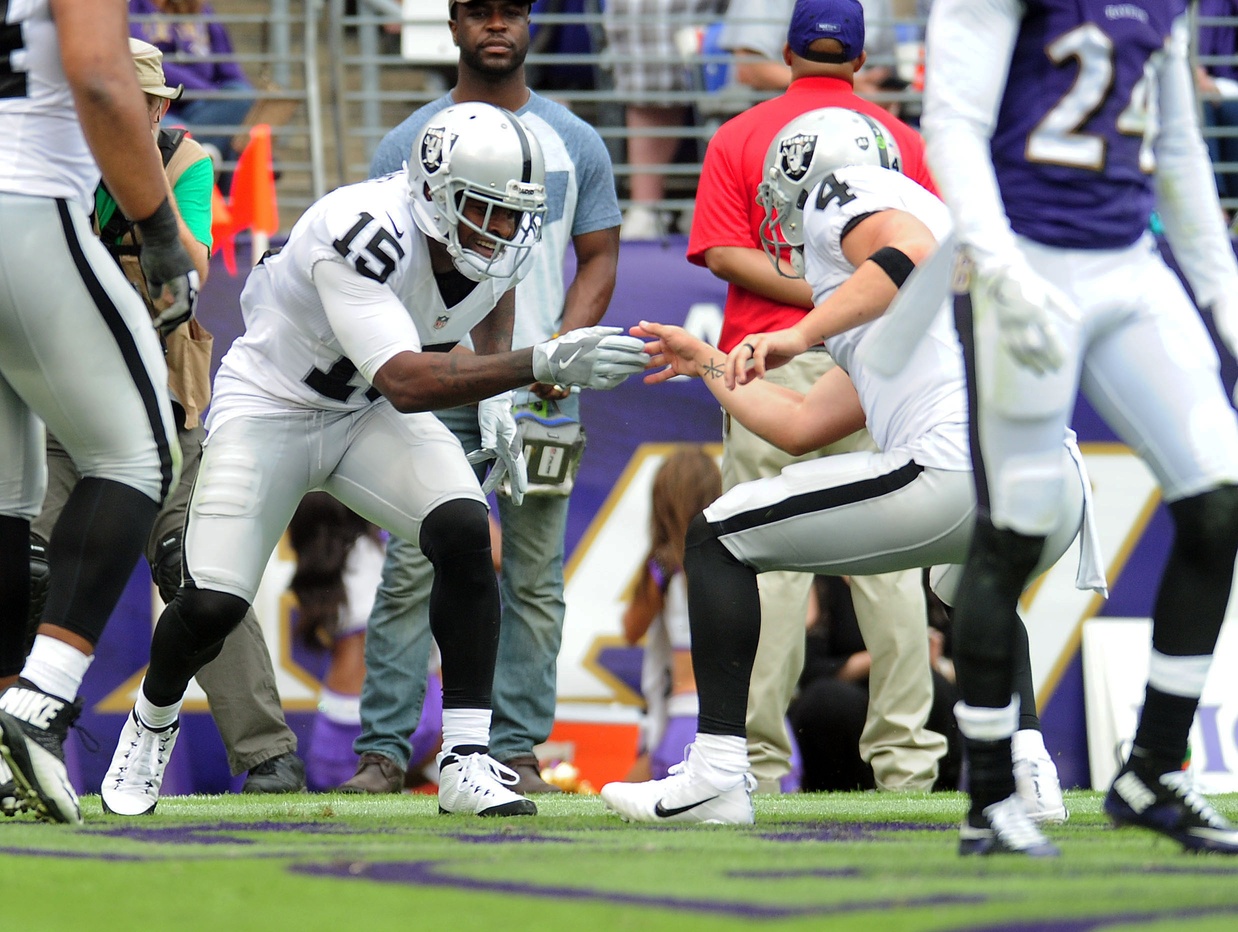 Now that Oakland heads into Week 9 with a 6-2 record and an opportunity to find itself in sole possession of first place in the AFC West, we must take note of what Carr has done. Should he lead the team to a home win over the defending champion Denver Broncos Sunday night, this will be magnified even further.

What we do know is that Carr has his Raiders in contention or a division title, a first-round bye in the playoffs. And yes, potential home-field advantage in the postseason. This is the same Raiders organization that has not earned a spot in the second season since 2002. The same Raiders organization that failed to win more than five games in 10 of its past 13 seasons leading up to the 2016 campaign.

There’s nothing here that suggests this Raiders team should be heading into Week 9 with an opportunity to take first place away from the defending champion Broncos.

Fortunately for the Raiders, they have a quarterback that’s proving himself to be among the most-elite in the game. More than that, they boast a quarterback that is more valuable to his team than any other in the NFL.

No matter the name recognition of others on the potential short list of MVP candidates, it should be Carr’s to lose at the season’s midway point.