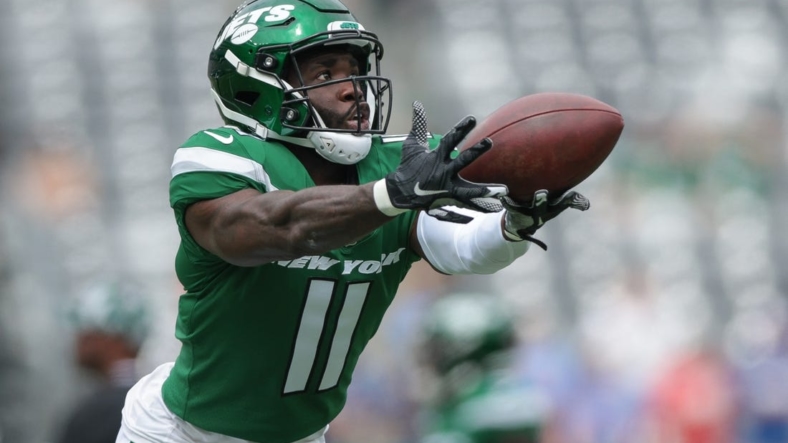 Chris Streveler threw two touchdowns in the fourth quarter, including the game-winner with 22 seconds left, to lift the host New York Jets to a 31-27 victory over the New York Giants in East Rutherford, N.J.

Streveler hit wide receiver Denzel Mims, who recently requested a trade, in stride for a 29-yard touchdown in the front-right corner of the end zone to tie the game at 24. The Giants responded with a field goal drive engineered by quarterback Davis Webb, who played most of the game after Tyrod Taylor was injured in the first quarter.

The Jets (3-0) came back with a 10-play, 76-yard drive that lasted 1:40. Streveler found receiver Calvin Jackson in the back-left corner for a 5-yard score.

Mims finished with seven receptions for 102 yards and the late touchdown. Braxton Berrios and Jeff Smith also caught touchdowns from Mike White, who went 13 of 17 for 170 yards.

Taylor, who started for the Giants (2-1), left in the first quarter with a back injury. Webb completed 30 of 38 passes for 202 yards, including an 18-yard touchdown to Austin Allen on the first play of the fourth quarter.