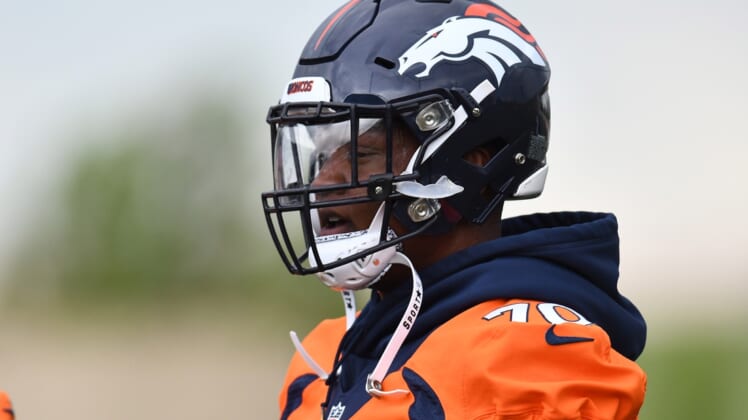 Denver Broncos right tackle Ja’Wuan James sustained a torn Achilles while working out and could be lost for the season, according to multiple reports.

James will undergo surgery this week, according to NFL Network, when the severity of the injury will be ascertained.

James had opted out of the 2020 season and did not play, so even if he is physically able to perform at some point late in the 2021 season, he will have missed nearly two years of team workouts and competition.

He has played in only three games since the Broncos signed him to a four-year, $51 million contract before the 2019 season. He dealt with a knee injury that season and played only 63 snaps for the Broncos.

James is set to earn $10 million in base salary in 2021. But according to the NFL Network, since he was injured while working out away from the team facility, he is at risk of losing a portion or potentially even all of his salary.

He was the Miami Dolphins’ first-round draft pick out of Tennessee in 2014. Injuries cost him 18 games during his five seasons with the Dolphins before he became a free agent after the 2018 season.