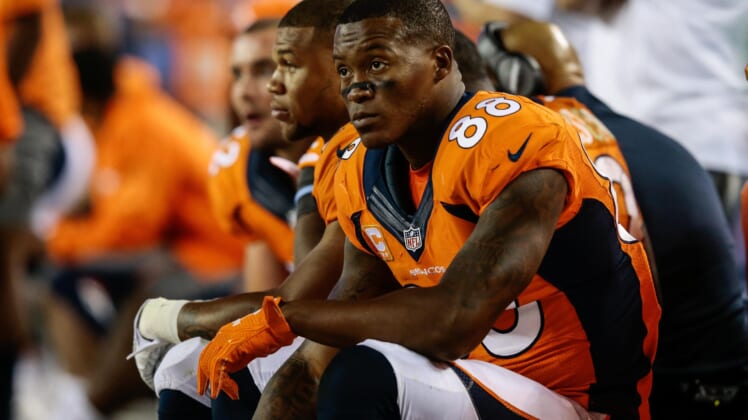 According to his lawyer, via the Denver Post, Thomas had the felony vehicular assault charge which he was arrested for dismissed as part of his plea deal.

“It was important for me to accept responsibility for my careless driving,” Thomas said in a public statement, per the Denver Post. “I personally promise I will never again put anyone at risk with that type of driving going forward.”

Thomas and another male passenger escaped the accident, which saw the vehicle flip end over end, with minor injuries, but a female passenger suffered serious injuries.

Last season, Thomas was traded from Denver to Houston. He ended up suffering a season-ending Achilles injury, then was released by the Texans this winter.

The NFL could still potentially discipline Thomas for his actions.