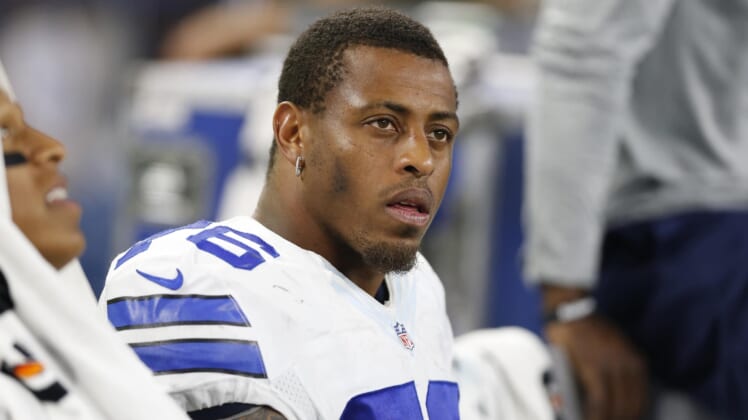 According to ESPN’s Ed Werder, Hardy—who is suspended for four games for his role in a domestic violence incident—will discuss with the player’s union about whether or not to appeal his case in federal court.

The league initially suspended Hardy for 10 games before reducing the penalty to four outings, but the former Carolina Panthers standout had the option to appeal in federal court.

However, the ruling in Brady’s case—which had no precedent—cannot be directly compared to Hardy’s situation, since he’s dealing with a violation of the NFL’s personal conduct policy.

If Hardy elects to pursue an appeal, the suspension would be temporarily delayed. With that being said, due to the precedent in domestic violence cases, it’s highly unlikely a judge would eliminate Hardy’s suspension.

His other choice is to accept the four-game suspension and return in Week 5 when the Cowboys take on Brady and the Patriots.

Dallas opens the 2015 season on Sunday, Sep. 13, against the New York Giants, and Hardy’s eventual decision may determine whether or not the 2013 Pro Bowler makes his Cowboys debut that night.