Dominic Thiem announced Wednesday he won’t be able to defend his U.S. Open title and will miss the remainder of the year because of a right wrist injury.

The sixth-ranked Thiem sustained a detachment of the posterior sheath of the ulnar side of the wrist during a match against Frenchman Adrian Mannarino at the Mallorca Championships on June 22.

“Unfortunately I’ve had to withdraw from the US Open and will miss the rest of the 2021 season,” the 27-year-old Austrian wrote Wednesday on Twitter. “I’m really disappointed not to be able to defend the title in New York but I haven’t recovered from the wrist injury I suffered back in June at the Mallorca Open.”

Thiem had been wearing a splint on his wrist while recovering. He admitted he started experiencing pain during training last week.

“It has been a tough decision to make but I know this is what I have to do,” Thiem wrote. “I have a long career ahead of me and it’s important not to take risks and rush back — which I hope you understand.”

Thiem is a 17-time winner on the ATP Tour who won his first grand slam singles title by defeating Alexander Zverev of Germany at the 2020 U.S. Open. 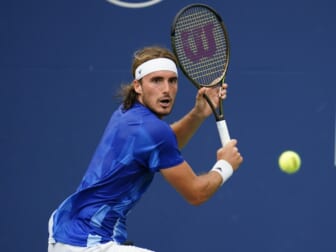