Dayton moves on after taking down DePaul 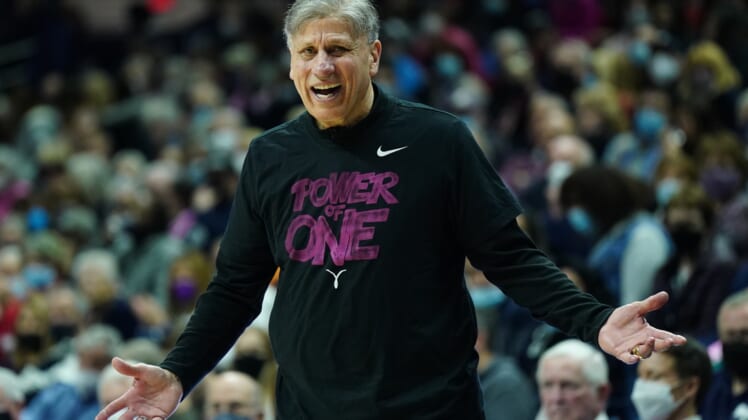 Powered by a season-high-tying 56.5 percent mark from 3-point range, Dayton beat DePaul 88-57 in Ames, Iowa, on Wednesday in a First Four matchup of 11 seeds in the women’s NCAA Tournament.

It’s the first tournament victory for Dayton since 2015, when it made a run to the Elite Eight.

DePaul (22-11) was led by All-American freshman Aneesah Morrow, who tallied 28 points and 17 boards.

The Blue Demons led 14-13 early, but then Dayton started connecting from long range. The Flyers had a stretch between the first and second quarters where 10 of its 11 made baskets were on 3-point shots. Their 55 points scored in the first half was a season-best.

Dayton dominated inside and out, as they also notched a season-high 15 blocks. Giacone had five of those and Tenin Magassa swatted seven, in addition to her 14 rebounds.

The Flyers will face No. 6 seed Georgia on Friday.