The St. Louis Blues are expected to be without leading scorer David Perron for Monday’s playoff series opener against the Colorado Avalanche but fellow forward Vladimir Tarasenko will return from injury.

Perron remained in COVID-19 protocol hours before the game and didn’t participate during the team’s morning skate.

Berube was much more talkative when it came to Tarasenko, who missed eight of the past nine games with a lower-body injury. 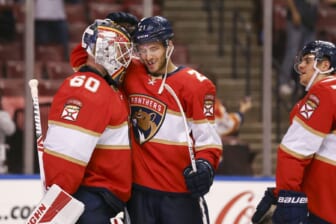 “He’s been a good playoff performer for the Blues in the past, and we’ll need him tonight for sure,” Berube said after the skating session in Denver. “He looks fine to me, and he’s moving well, so it’s good to see.”

Tarasenko, a three-time All-Star, played in just 24 games this season due to September shoulder surgery, his second such operation in 10-plus months. He had four goals and 10 assists.

But the 29-year-old scored more than 30 goals in five straight seasons earlier in his career and has notched 218 career goals.

Tarasenko is also one of the key reasons the Blues won the 2019 Stanley Cup. He scored 11 goals and six assists in 26 games that postseason and has 33 playoff goals overall.

Perron finished the regular season with a flourish, recording 16 of his club-best 58 points in the last 11 games. The 32-year-old collected six goals and 10 assists during that surge. He had 19 goals in the season.

At this point, the players are in the dark on whether or not Perron will be available for Wednesday’s Game 2 of the seven-game series.

“He’s a big part of our team,” St. Louis defenseman Colton Parayko told reporters of Perron. “Great player. Works hard. Puts up a lot of points. … We’ve got to make sure we put our best foot forward with the group we have here.”

Perron, also a member of the Blues’ 2019 Cup-winning team, has 608 points (242 goals, 366 assists) in 906 career games over 14 seasons with the Edmonton Oilers, Pittsburgh Penguins, Anaheim Ducks, Vegas Golden Knights and two stints with the Blues.

Perron was selected by St. Louis with the 26th overall pick of the 2007 NHL Draft.

Colorado forwards Nathan MacKinnon and Brandon Saad are slated to play in Game 1. 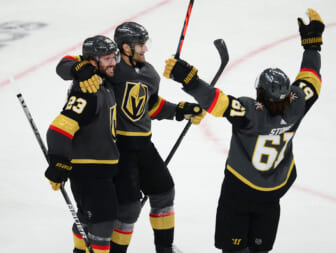 MacKinnon, 25, missed four of the final five regular-season games due to a lower-body injury. He scored 20 goals and 45 assists in 48 games this season, and his 65 points were second on the Avalanche behind linemate Mikko Rantanen (30 goals, 36 assists).

Saad, 28, has missed the past 11 games with a lower-body injury. He had 15 goals and nine assists in 44 games for Colorado.