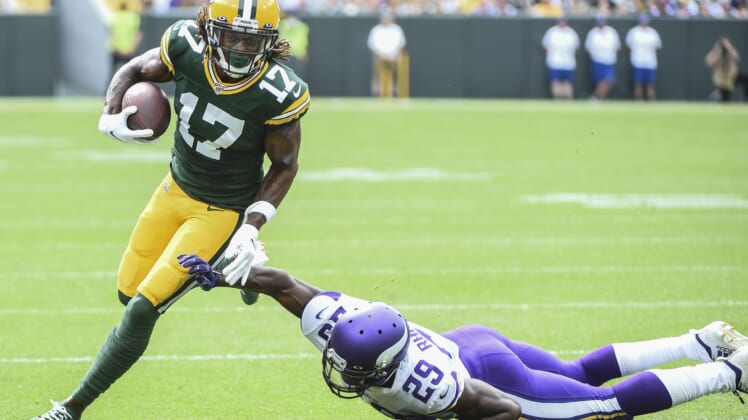 Green Bay Packers wide receiver Davante Adams returned to the practice field this week and is now questionable to play in Sunday’s Week 9 matchup against the Los Angeles Chargers.

Adams, who suffered a turf toe injury in Week 4 against the Philadelphia Eagles, participated in a limited basis in all three practices this week. Following Friday’s practice, head coach Matt LaFleur announced that Adams’ status would be decided before the game.

The Pro Bowl receiver’s potential return to the field would be a massive boost for Green Bay’s offense. It would push Marquez Valdes-Scantling into a secondary role and give Aaron Rodgers his favorite go-to target back.

Running back Aaron Jones has led the team in receiving since Jones was sidelined, especially in the past two weeks with 192 receiving yards and three touchdowns. He could see more open looks, with fewer targets, when Adams returns to the field.