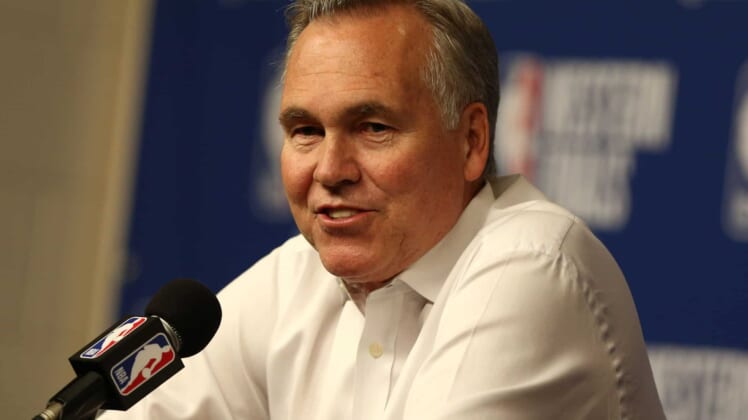 When asked by reporters about the Lakers players putting their hands behind their back to avoid being called for a foul while defending James Harden, D’Antoni let it be known that no defensive strategy will stop Harden.

D’Antoni certainly isn’t wrong about there really being no answer to stopping Harden. The 29-year-old leads the NBA in points per game (30.8) and has averaged over 33 points per game in his past 10 contests.

Of course, the Rockets still find themselves under .500 and outside the playoff picture in the Western Conference. So, perhaps D’Antoni needs to evaluate his own team’s defensive strategy and fix it before he pokes fun at a team with a winning record.