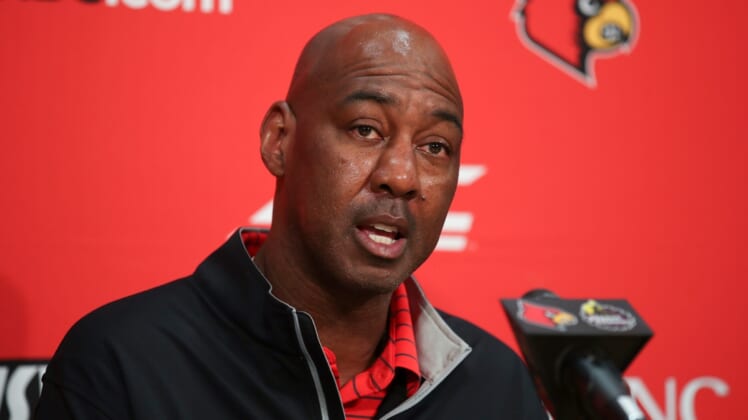 Manning, 55, returns to the Atlantic Coast Conference where he was the head coach at Wake Forest for six seasons from 2014-20.

The former NBA All-Star and college basketball Hall of Famer was the interim coach last season at Maryland, and was the head coach at Tulsa for two seasons (2012-14).

“Very rarely do you have an opportunity to hire a coach that encompasses all the experiences that a college basketball player goes through,” Payne said in a news release Friday. “I’m so excited and thrilled to bring a family member, a friend and a coach who has lived a special life as both a player and a coach within the culture I’m trying to establish. Danny Manning is that and much more.”

Payne was hired last month to replace interim coach Mike Pegues, who took over in January after Louisville parted ways with head coach Chris Mack. The Cardinals finished 13-19, their first losing record since 2000-01.

“KP is someone that I have always admired for his work ethic, knowledge of the game, and passion for helping young men reach their dreams and doing things the right way,” Manning said. “I am blessed that he has given me this chance to continue working with young men, impacting their lives on and off the court, and helping them reach their dreams.”