Daniil Medvedev to have surgery, miss up to 2 months 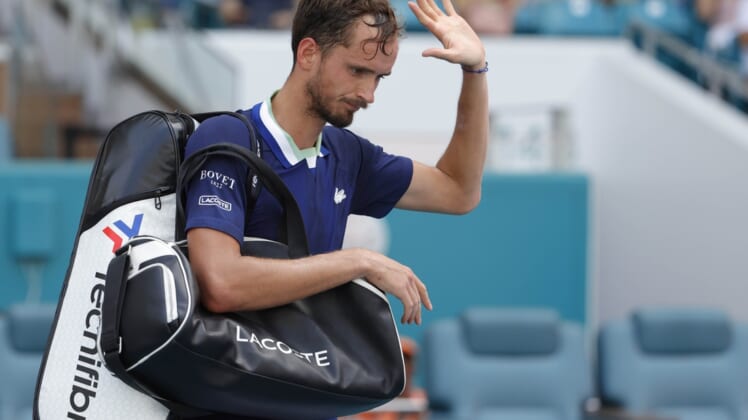 World No. 2 Daniil Medvedev will undergo surgery to repair a hernia and miss up to two months, he announced Saturday on Twitter.

“The last months I have been playing with a small hernia. Together with my team I have decided to have a small procedure done to fix the problem,” he posted. “I will likely be out for the next 1 — 2 months and will work hard to be back on court soon. Thanks for all the support.”

Medvedev reached No. 1 in the world on Feb. 28, but the stay was short-lived. He lost to Gael Monfils of France in the second round at Indian Wells, Calif., earlier this month, and to Hubert Hurkacz of Poland in the quarterfinals in Miami on Thursday.

Novak Djokovic has retaken the No. 1 ranking.

The timing of the medical procedure means Medvedev could miss the clay-court season, which culminates with the French Open beginning May 22.