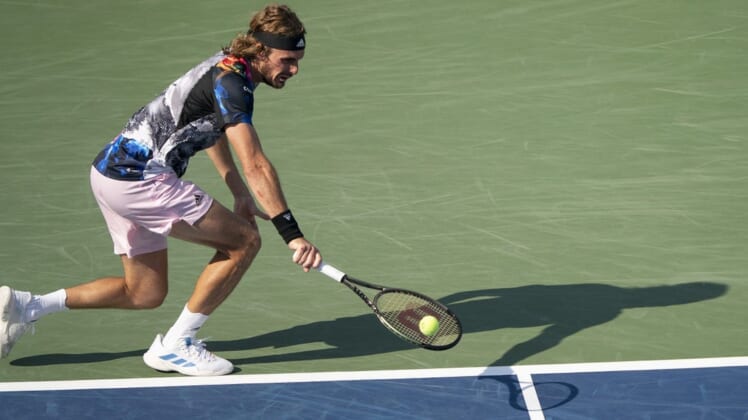 No. 1 seed Daniil Medvedev of Russia and No. 4 seed Stefanos Tsitsipas of Greece took down American quarterfinal opponents on Friday to set up a semifinal meeting at the Western & Southern Open in Mason, Ohio.

Medvedev hit 32 winners, including 18 aces, to blow past Fritz in a matchup of the first- and 13th-ranked players in the world. Medvedev also saved all six break points he faced.

“Cincinnati (has) fast courts and fast balls and I have always liked it. But always tricky matches, especially between two great servers,” Medvedev said after the match. “I feel like me and Taylor served good, even if we aren’t (Isner) maybe. I knew that it was going to be a tight match.”

Medvedev went down 1-0 in the first-set tiebreaker before rattling off seven unanswered points. He improved to 20-6 in tiebreakers at ATP Masters 1000 events in his career.

Tsitsipas got away with a win despite Isner leading in aces (18-7), first-service points won (55-47) and overall winners (54-41). Isner committed 21 unforced errors while Tsitsipas had just nine.

“It all came (down) to a few points at the end of that (third) set and I was just able to hang in there and make one more ball back and not give him much to work with,” Tsitsipas said.

Their match was interrupted by a rain delay in the middle of the first-set tiebreaker. Tsitsipas was up 4-3 at the time, fell behind 5-4 when they returned to the court but won the final three points from there.

Now he’s on to face Medvedev.

“I am going to have to play my game,” Tsitsipas said. “I have been playing well so far. Of course an obstacle like Daniil is never easy. I am going to try and approach my game in the most precise and best manner and let my tennis do the talking.”

It wasn’t all smooth sailing for the seeded players. Croatia’s Borna Coric stunned seventh-seeded Canadian Felix Auger-Aliassime 6-4, 6-4 to book his trip to the semifinals.

Coric, ranked No. 152 in the world as he works his way back from shoulder surgery, won a stunning 31 of 32 first-service points (96.9 percent) in securing the upset.

He will face the winner of Friday’s last quarterfinal match between third-seeded Carlos Alcaraz of Spain and ninth-seeded Cameron Norrie of Great Britain.