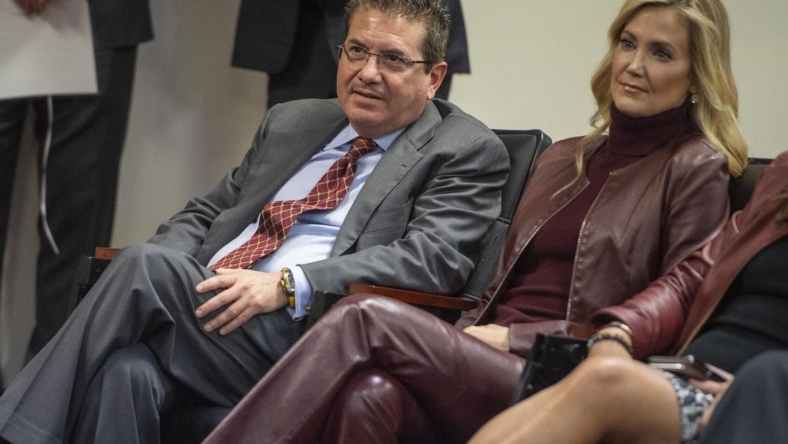 The lawsuit comes amid a federal criminal probe launched earlier this month into alleged financial improprieties by Snyder and the team.

Racine’s lawsuit contends the Commanders, in lock step with the NFL and commissioner Roger Goodell, misled fans about steps they were taking to rectify the “toxic workplace culture” within the organization in order to keep them coming to games.

“Faced with public outrage over detailed and widespread allegations of sexual misconduct and a persistently hostile work environment at the Team, Defendants made a series of public statements to convince District consumers that this dysfunctional and misogynistic conduct was limited and that they were fully cooperating with an independent investigation,” the suit reads.

“These statements were false and calculated to mislead consumers so they would continue to support the Team financially without thinking that they were supporting such misconduct.”

Racine alleges that the hiring of attorney Beth Wilkinson to conduct an independent investigation into those workplace allegations was all part of the deception – contending the Commanders didn’t cooperate with the probe they paid to have done.

“Snyder and the Team launched a campaign to interfere with and obstruct the investigation,” the lawsuit states. “Snyder and the Team attempted to prevent witnesses from talking to Wilkinson through payoffs and intimidation and engaged in aggressive, abusive litigation to dig up information on victims and the journalists who reported on Defendants’ misconduct.

“The NFL was fully aware of this intimidation campaign. The course of Defendants’ conduct suggests the NFL was never serious about overseeing a thorough and complete investigation into Snyder and the Team’s misconduct,” the suit goes on.

Snyder’s wife, Tanya, has been in charge of day-to-day operations since July 2021 when the NFL fined the team $10 million for fostering a toxic workplace culture.

A separate federal criminal probe centers on alleged financial improprieties. Investigators from the U.S. attorney’s office for the Eastern District of Virginia are looking into the team’s finances, The Washington Post reported Thursday.

The team has said it has done nothing wrong financially.

The discovery of potential financial misconduct came amid the investigation into reported sexual harassment within Washington’s workplace. The House Committee on Oversight and Reform began to look at the financials after combing through 80,000 pages of documents and witness interviews regarding sexual harassment, The Post reported on March 31.

The Snyders hired Bank of America Securities to help with a potential sale of the team earlier this month.