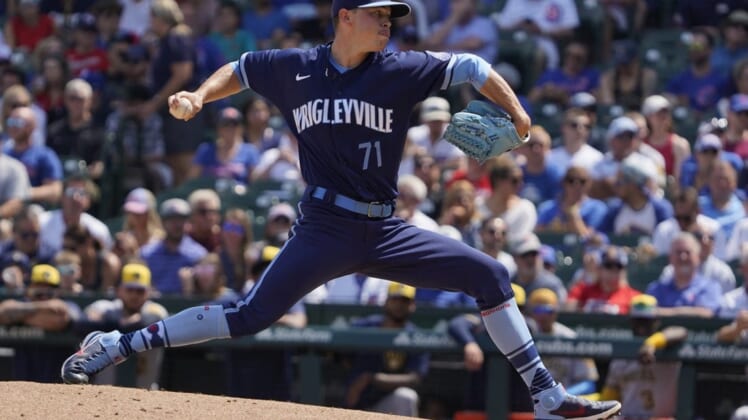 The Cubs did not specify the injury for Thompson, but he reportedly has tightness in his lower back.

Thompson started the Cubs’ 8-7 win over the Milwaukee Brewers on Friday night and gave up five runs in 3 2/3 innings. His 104 1/3 innings pitched are the most he’s thrown since 2018 in the minors.

“I think he’s got some fatigue probably setting in,” Ross said. “We’ll take a big-picture look at that and make sure everything’s on the up and up with him health-wise.”