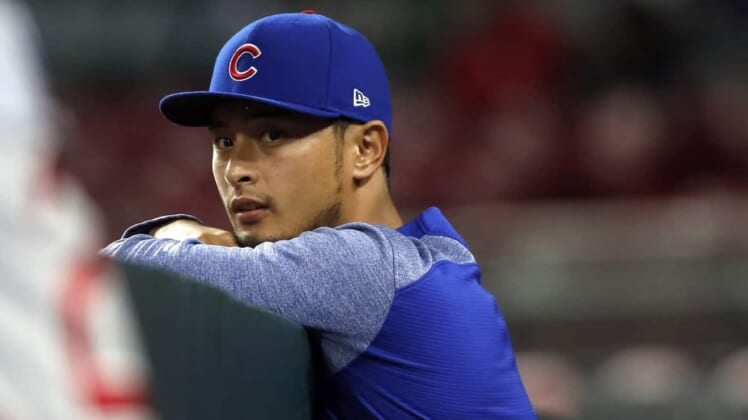 Things are not getting any better for the Houston Astros after their awkward press conference late last week in which they failed to really apologize for the entire sign-stealing scandal.

MLB Commissioner Rob Manfred went on record Sunday indicating that said apology did not go far enough. Meanwhile, rival players have been at each others throats over the past several days.

The drama has not stopped there. In talking about Correa’s response to his former teammate, Chicago Cubs ace Yu Darvish put pretty much every Astros player on blast.

“I saw that yesterday. So they cheat. I think for right now, they don’t have to talk,” Darvish said. “They shouldn’t talk.”

Even with Spring Training getting going in both Florida and Arizona, this remains the talk of the MLB water cooler. Players are now speaking out. Drama continues to be the name of the game around the Major League Baseball world.

Darvis outwardly calling the Astros cheaters while pretty much telling them to shut up is the latest example of this.