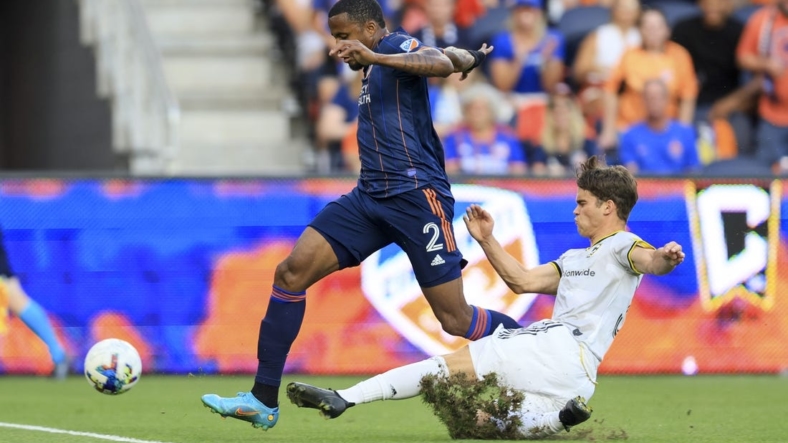 Steven Moreira scored in the sixth minute of second-half stoppage time as the visiting Columbus Crew stunned FC Cincinnati for a 2-2 tie on Saturday.

Moreira took advantage of a clearance by Geoff Cameron and the defender scored his first MLS goal in his 24th match with a shot from the top of box. The Crew (8-6-12, 36 points) extended their road streak to three wins and four ties.

His goal off a set piece was his second goal in three games since being acquired from Chelsea of the England’s Premier League on Aug. 5.

Brandon Vazquez scored his 16th goal in the 36th minute to give Cincinnati the lead. Derrick Etienne Jr. tied it in the 74th — 12 minutes after coming off the bench — for the Crew.

Etienne scored off a diving header by Cucho Hernandez, who entered with eight goals in his first eight games for the Crew. It was Hernandez’s first MLS assist.

Vazquez on Thursday signed an extension through the 2025 season and celebrated in grand fashion, although moments before he was the goat when he failed to give Cincinnati the lead. Miazga sent a pass to the middle of the box to allow Vazquez an unmarked shot from 6 yards. He sent the attempt into the stands.

Vazquez didn’t miss the next time. Brenner was deep in his half of the field when he passed to Luciano Acosta, who sprang Vazquez. Defender Aidan Morris couldn’t keep up with him and Vazquez ripped a shot from just inside the penalty area.