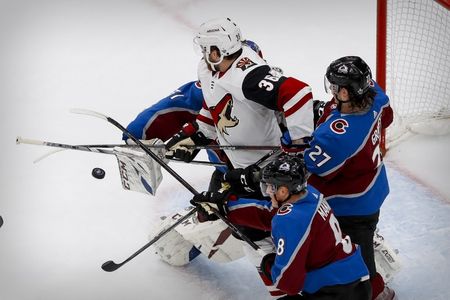 General manager Bill Armstrong did not disclose the financial terms, but The Athletic reported it was for $1 million per season.

“We are very pleased to sign Christian to a multi-year contract,” Armstrong said. “Christian is a hard-working, power forward who is strong along the boards. He will add size and toughness to our forward group.”

Fischer, 23, registered nine points (six goals, three assists) and 16 penalty minutes in 56 games with Arizona in 2019-20. He finished third on the team with 140 hits. Fischer also collected one assist in nine postseason contests.

He was originally selected by Arizona in the second round (32nd overall) of the 2015 NHL Entry Draft.