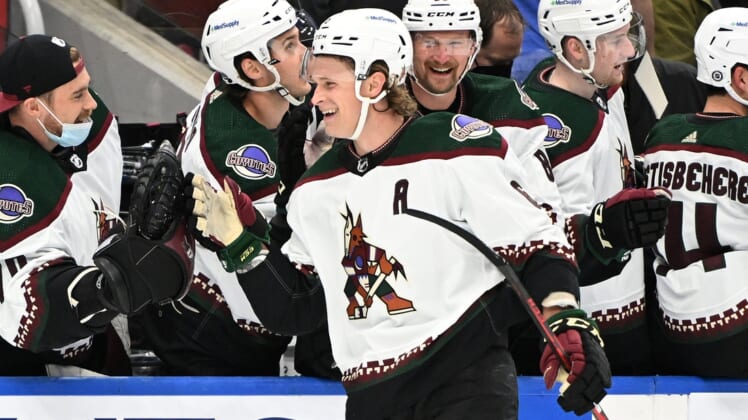 Arizona defenseman Jakob Chychrun will miss two to four weeks with a lower-body injury that occurred during the Coyotes’ Saturday road loss against the Boston Bruins.

Chychrun got hurt in the second period and missed the rest of the game. Arizona coach Andre Tourigny initially said the injury was not considered serious and considered Chychrun’s status as day-to-day.

Chychrun ended up leaving the team and returning to Arizona on Sunday to be examined by team doctors.

Among the worst teams in the NHL this season with just 42 points, the Coyotes have been much better of late, winning five of their past six games, including a 5-3 road victory over the Ottawa Senators on Monday.