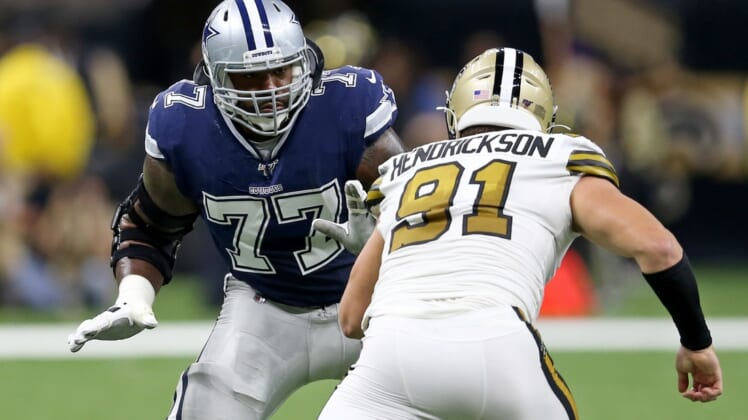 The two players join rookie linebacker Micah Parsons in dealing with the virus. Parsons was placed on the reserve/COVID-19 list Wednesday by the Cowboys (11-5), with McCarthy declaring him out for Sunday’s road game against the Eagles (9-7).

McCarthy also said Thursday the team has “a number of guys that are sick” but have not tested positive for COVID-19.

Smith, 31, has started all 11 games in which he has appeared this season and all 144 over his 11-year career with the Cowboys. The eight-time Pro Bowl selection likely will be replaced at left tackle by Terence Steele, who has played in 15 games (12 starts) this season.

Brown, 28, has 71 tackles, three interceptions and one forced fumble in 16 games (all starts) this season. His spot could be manned by Kelvin Joseph, who started recently in place of Jourdan Lewis during the latter’s time on the COVID-19 list.