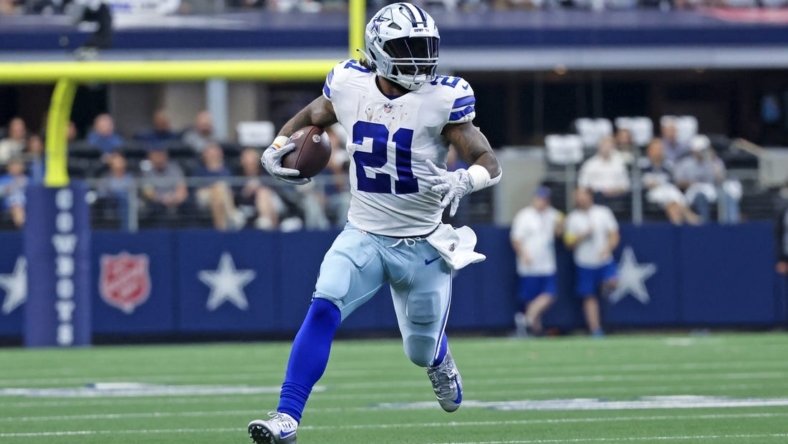 Dallas Cowboys running back Ezekiel Elliott is nursing a sprained right knee and will not participate in practice on Wednesday, coach Mike McCarthy said.

McCarthy said the injury is not the same as the PCL injury that affected Elliott last season. He added that Elliott will work with director of rehabilitation Britt Brown on Wednesday.

Elliott, 27, appeared to sustain the injury during the first half of Dallas’ 24-6 victory over the Detroit Lions on Sunday. He returned to play the second half and finished with 15 carries for 57 yards and two touchdowns.

Elliott has 109 carries for 443 yards and four touchdowns in seven games this season.

Tony Pollard would see increased playing time should Elliott miss time for the Cowboys (5-2), who host the Chicago Bears on Sunday. Dallas will then enter its bye week before returning to visit the Green Bay Packers on Nov. 13.