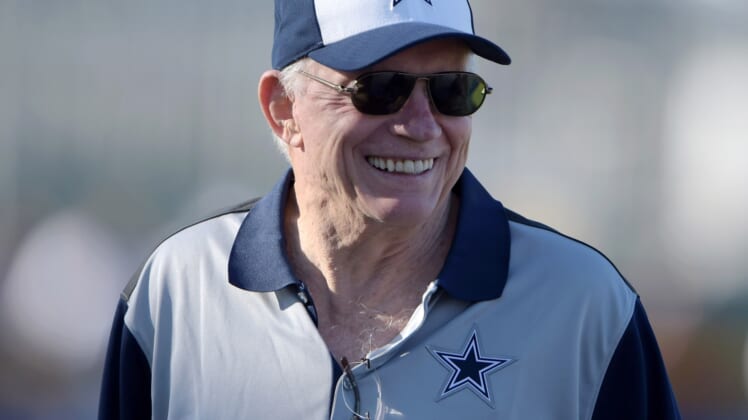 Dallas Cowboys owner Jerry Jones is dissatisfied with where his team is at. And in typical fashion, the eccentric Texan has come up with a memorable quote to express himself.

Speaking on 105.3 The Fan Tuesday morning, Jones compared running a football team to attempting to hold “two handfuls of Jello.”

Dallas’ head coach, Jason Garrett, was placed on the hottest of seats on Sunday night after a game of miserable failures against the New England Patriots. Jones was heated about how poorly the special teams played — mistakes directly led to the loss — and pinned it “100%” on coaching.

Yet that’s not the only concern Jones and Co. have when looking at the long-term health of the Cowboys.

Quarterback Dak Prescott is in the middle of an MVP-caliber season, but at this time he’s playing out the final year of his fourth-round rookie contract. The team and Prescott have not come close to agreeing on a long-term contract, and the franchise tag will almost certainly come into play after this current season comes to an end.

Other top players, such as wide receiver Amari Cooper and cornerback Byron Jones — high-priced guys — also need to be paid and will be free agents in 2020.

So yeah. Like two handfuls of Jello. It’s going to be fascinating to watch how Jones and Co. handle everything they’re juggling in the next handful of months.