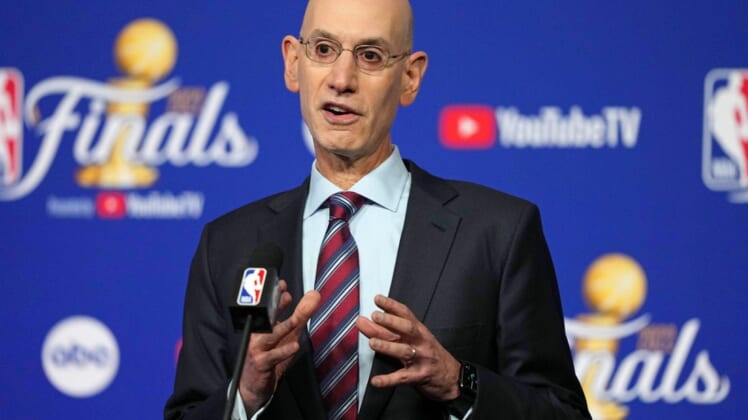 NBA commissioner Adam Silver will miss Thursday night’s Game 6 of the NBA Finals in Boston as he remains in the league’s health and safety protocol.

The NBA hasn’t disclosed whether Silver tested positive for COVID-19.

Commissioner Adam Silver will not attend Game 6 of the Finals tonight due to the NBA’s Health & Safety Protocols.

Silver’s absence would be notable if the Golden State Warriors beat the Boston Celtics on Thursday since he won’t be there to award the championship trophy. The Warriors hold a 3-2 lead in the best-of-seven series.

If Boston wins to tie the series, a decisive Game 7 will be held Sunday night in San Francisco.