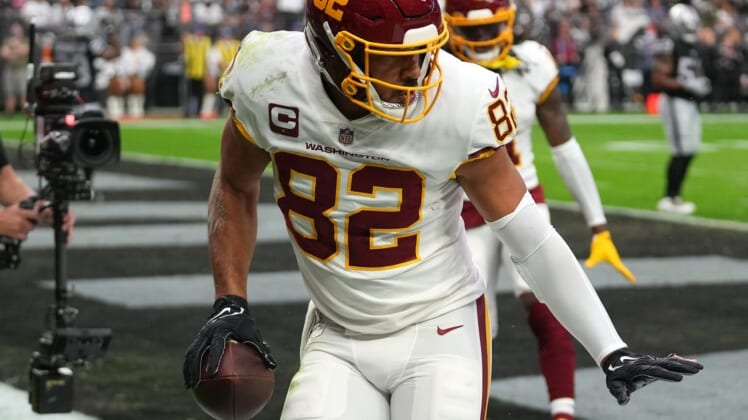 The Washington Commanders activated tight end Logan Thomas from the physically unable to perform list on Monday after passing his physical.

Thomas, 31, tore his left ACL and MCL during a Week 13 loss to the Las Vegas Raiders last season.

Blanton, 26, was released by the Rams last week. He caught seven passes for 75 yards and a touchdown during the postseason for the Super Bowl LVI champions.

Hausmann, 25, was undrafted out of Ohio State in 2021 and has spent time with the Lions, New York Giants and Seattle Seahawks.