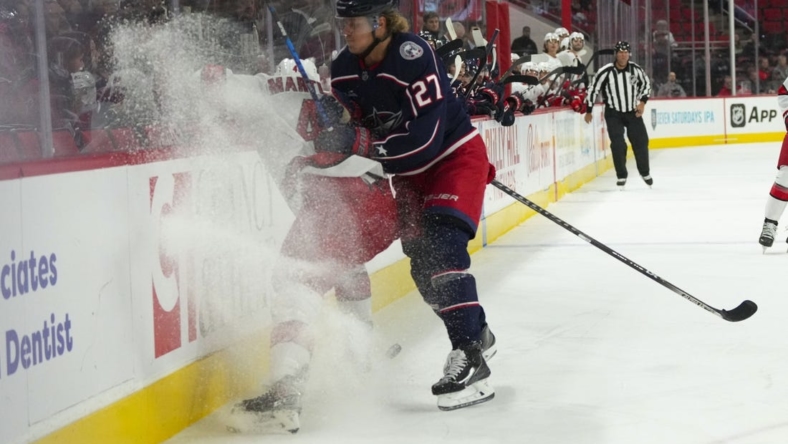 Boqvist, 22, sustained the injury Tuesday night in the Blue Jackets’ 6-3 loss to the Arizona Coyotes, the team said. He was placed on injured reserve Wednesday.

In a corresponding move, Columbus recalled 18-year-old blueliner David Jiricek from its AHL affiliate, Cleveland. Jiricek was the team’s No. 6 overall pick in this year’s draft.

Boqvist hadn’t recorded a point yet this season while averaging 16 minutes of ice time over four games. He had four blocks. The Chicago Blackhawks’ No. 8 overall pick in 2018, Boqvist has 51 points (17 goals, 34 assists) in 132 career games with Columbus and the Blackhawks.

Jiricek collected four assists, with 12 shots and a +2 plus/minus rating in five games with the Monsters this season.