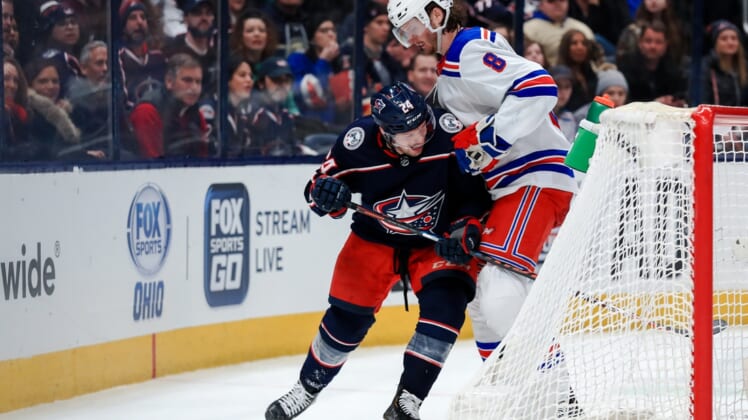 Columbus Blue Jackets forward Nathan Gerbe is expected to be out four to six months after undergoing hip surgery, the team announced Saturday.

Gerbe tweeted a photo Friday from his hospital bed, giving a thumbs up.

This is the latest surgery for Gerbe, 34, who has had multiple injuries throughout his career. In 2019 alone, he had surgery to repair his hip labrum and bilateral hernia surgeries.

He appeared in just nine games for the Blue Jackets last season, contributing one goal and two assists.