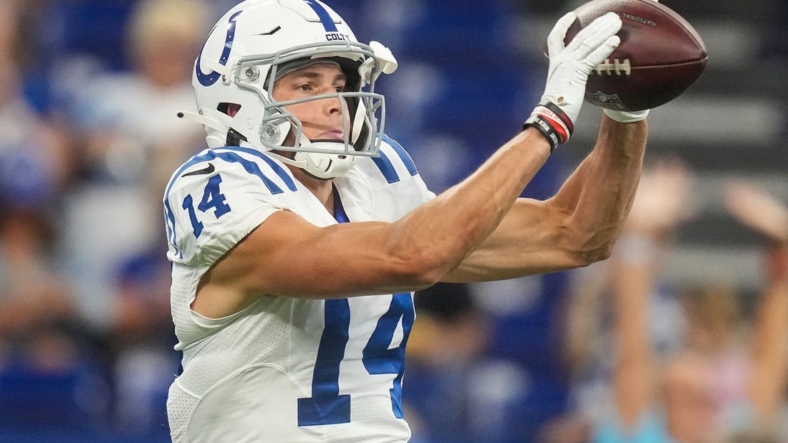 Pierce took a shot in the helmet from Houston Texans rookie safety Jalen Pitre over the middle, forcing the wideout to get his bent face mask swapped out. Pitre was flagged for the hit on Pierce, who went back into the game.

Pierce started the game and played 51 percent of the snaps on offense. He was targeted twice but did not record a catch.

Pierce must clear the five-step protocol before getting cleared by the NFL concussion evaluator in order to play in Week 2 against the Jacksonville Jaguars.