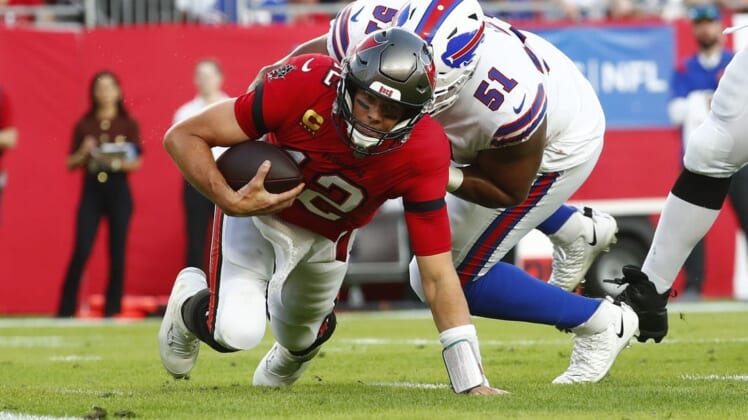 Terms of the deals were not disclosed by the Colts, who also waived defensive end Cullen Wick.

Cox, 27, is the son of the former NFL player by the same name.

The younger Cox spent all of the 2021 season on injured reserve with the Buffalo Bills. He has recorded 31 tackles and one fumble recovery in 26 career games (two starts) with the Carolina Panthers, Cleveland Browns and Bills.

Spriggs, 28, participated in 90 snaps on offense and 54 on special teams while appearing in 15 games (one start) with the Atlanta Falcons last season. He also has played with the Green Bay Packers and Chicago Bears.