Colts DC Matt Eberflus plans to beat Jaguars, then interview to be HC 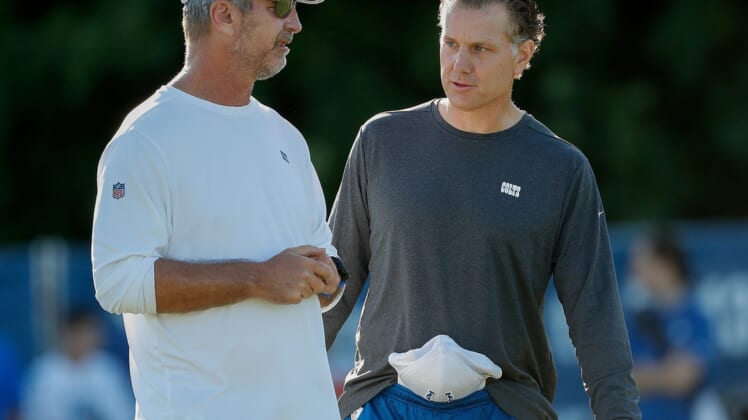 Indianapolis Colts defensive coordinator Matt Eberflus plans to continue preparations for beating the Jacksonville Jaguars rather than prioritizing an interview to replace Urban Meyer as the franchise’s head coach.

Eberflus said Tuesday he wants to keep his focus on the Colts and making the postseason, extracting himself from the interview process with the Jaguars prior to the regular-season finale.

Eberflus is in his fourth season as defensive coordinator of the Colts and previously interviewed for vacancies with the New York Jets, Houston Texans and Cleveland Browns.

An NFL rule change for this coaching cycle permits assistant coaches to conduct interviews for head coaching vacancies in the final two weeks of the regular season rather than delaying those talks until mid-January.

“That situation came up last week when the slip came through to speak to them,” Eberflus said Tuesday afternoon. “We decided as an organization – Chris (Ballard) and I and Frank (Reich) – that we were going to postpone that until afterwards. We’re just focusing on this week. Obviously playing to get into the playoffs.”

Eberflus, 51, said he’s still interested in joining the interview process in Jacksonville. The Jaguars requested permission to interview more than a dozen coaches.