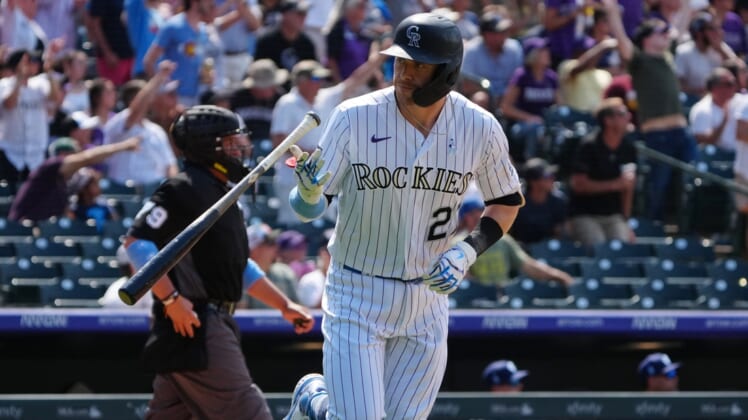 Trevor Story will join a slow-growing list of participants in the July 12 Home Run Derby, with the Colorado Rockies infielder serving as the hometown hero for the competition in Denver.

Story took to Instagram to make the announcement Monday, posting a video of his slugging exploits, while writing: “Can’t wait to compete in the 2021 Home Run Derby. Denver, let’s gooo!!”

Four players are now confirmed for the home-run spectacular, including defending champion Pete Alonso of the New York Mets, Shohei Ohtani of the Los Angeles Angels and Trey Mancini of the Baltimore Orioles, who missed the 2020 season after he was diagnosed with colon cancer.

A total of eight players will participate in the competition.

Only three derby participants have won the competition in their home parks. The Washington Nationals’ Bryce Harper was the most recent to do it in 2018, while the Cincinnati Reds’ Todd Frazier did it in 2015 and the Chicago Cubs’ Ryne Sandberg pulled off the feat in 1990.