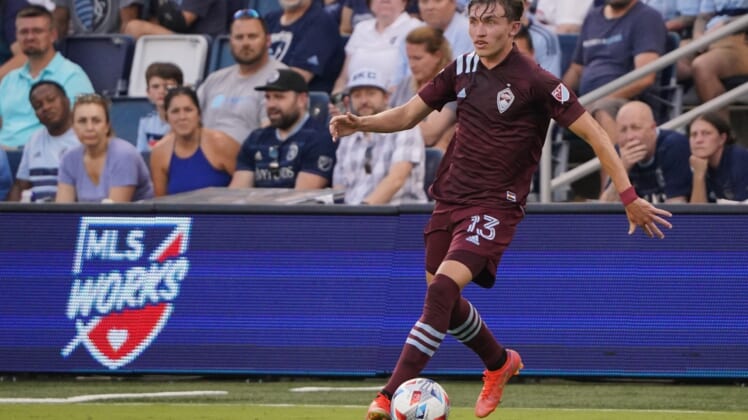 The Colorado Rapids announced the transfer Thursday of left back Sam Vines to Belgium’s Royal Antwerp.

The 22-year-old U.S. Men’s National Team defender heads to Europe on a three-year contract that includes a one-year option.

Vines has one goal and one assist in eight starts this season. The Colorado native has two goals and four assists in 53 games (49 starts) since making his MLS debut with the Rapids in 2018.

“Sam has proven himself to be one of the top young players in MLS and this is the right moment for both him and the club to take this step,” Colorado general manager Padraig Smith said in a release. “His career progression and success at both club and international level is a testament to the investment our club has made in developing young talent and our ‘Drive to Youth’ philosophy.

“This philosophy is the foundation on which we will continue our march to consistently compete for trophies and we believe Sam’s journey can be a positive example for the next generation of young players in Colorado. We are incredibly proud of Sam and the player he has developed into, both with our club and with the US men’s national team and wish him all the best in this next chapter of his career. We know he will make himself, his family and Colorado proud.”

Vines helped the USMNT win the Gold Cup this summer.

He joins an Antwerp side that finished second in the Belgian Pro League last season. Teams from Germany and Spain also reportedly were interested in his services.