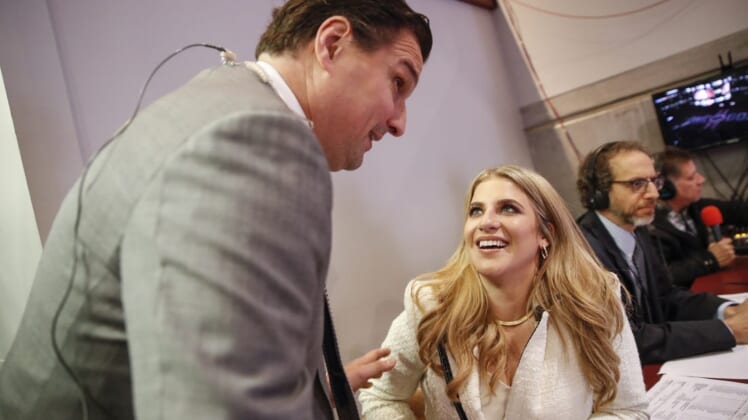 After Olczyk’s contract with the team expired, the veteran broadcaster and former Blackhawks player has chosen to join the Seattle Kraken in the same capacity.

The Chicago Sun-Times reported that Olczyk’s contract with the team ended in June and the sides could not come to a new agreement in negotiations since then.

Speaking through tears during an appearance on the “Waddle & Silvy” radio show in Chicago, Olczyk emphasized that it was his decision to leave the franchise he worked for for 16 years.

“There was a deal on the table, and I just felt that at this particular time that I would step back,” Olczyk said. “And it’s been a hell of a run.”

Olczyk’s brother Rick Olczyk is the assistant general manager of the Kraken, which just completed its inaugural season as the NHL’s 32nd team.

Eddie Olczyk also works national NHL broadcasts for TNT and previously did the same for NBC Sports, but he is most commonly linked with the Blackhawks.

“I have the utmost respect for this franchise, for my home,” Olczyk said, “and the way that (principal owner Rocky Wirtz) and his family have always treated me and my family, and this is what made this decision so hard.”

Olczyk, 55, played five of his 16 NHL seasons with Chicago, which made him the third overall pick of the 1984 draft. A center, Olczyk played in 1,031 games and tallied 342 goals and 452 assists in his career, including 77 goals and 132 assists across 322 games with the Blackhawks.

“For 16 seasons, we were fortunate to have legendary broadcaster Eddie Olczyk bring Chicago Blackhawks hockey into the homes of our fans,” the Blackhawks said in a statement Monday. “We are going to miss him as much as our fans will. Though we are disappointed to learn today that he has decided to go in another direction, Eddie will always be part of the Blackhawks family. We appreciate his many contributions and wish him well in his future endeavors.”