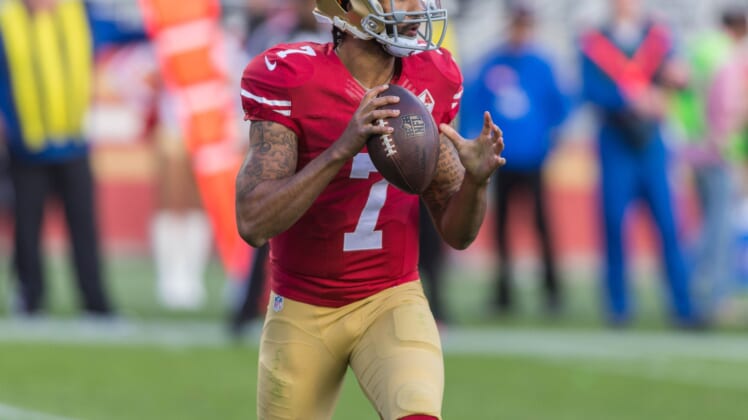 A few months ago, it seemed inevitable that Colin Kaepernick would get his shot to return to the NFL and could play in the upcoming season. Now, with Week 1 closing in, Kaepernick’s chances of playing football seem non-existent.

Kaepernick, who last played in the NFL during the 2016 season, is facing the reality of his career in pro football being over.

As the NFL shifted towards a more progressive movement with commissioner Roger Goodell apologizing for how it treated protests during the national anthem, many thought it would lead to Kaepernick’s return.

NFL teams were reportedly doing their homework on Kaepernick, talking to friends and family of the 32-year-old quarterback while gauging the possibility of signing him. Even Seattle Seahawks coach Pete Carroll said NFL teams were interested in Kaepernick.

With the 2020 season set to begin on Sept. 10 and the first NFL Sunday just three weeks away, Kaepernick remains unsigned. While that could change, it now seems impossibly unlikely.

According to ProFootballTalk’s Mike Florio, Kaepernick hasn’t drawn any interest from NFL teams this summer. Even as clubs bring in other quarterbacks for workouts, no organization has shown any desire to even bring in Kaepernick for a throwing session.

This comes after many around the league and the sports world called for Kaepernick to be signed by an NFL team. League executives and current players have advocated for him to be signed, but to no avail.

While there was once increased hope that he would sign with a shift in tone about him felt around the league, nothing ever came of it.

It seems increasingly unlikely that Kaepernick will ever return to the NFL. While he won’t make an impact on the field, he clearly sparked a change within the league itself.

The NFL now supports the Black Lives Matter movement, announced a $250 million pledge to combat systemic racism and intends to stand up to President Donald Trump while supporting players who kneel during the national anthem this season.