With all the talk about where he’s going to be playing next season, San Francisco 49ers quarterback Colin Kaepernick has apparently been forgetting to eat during the offseason.

A photo posted to Instagram on Monday shows a skinny Kaepernick happily posing with a fan.

If you are thrown off by this photo, you are not the only one. Known for his impressive physique, one of Kaepernick’s calling cards in the past was his massive arms. 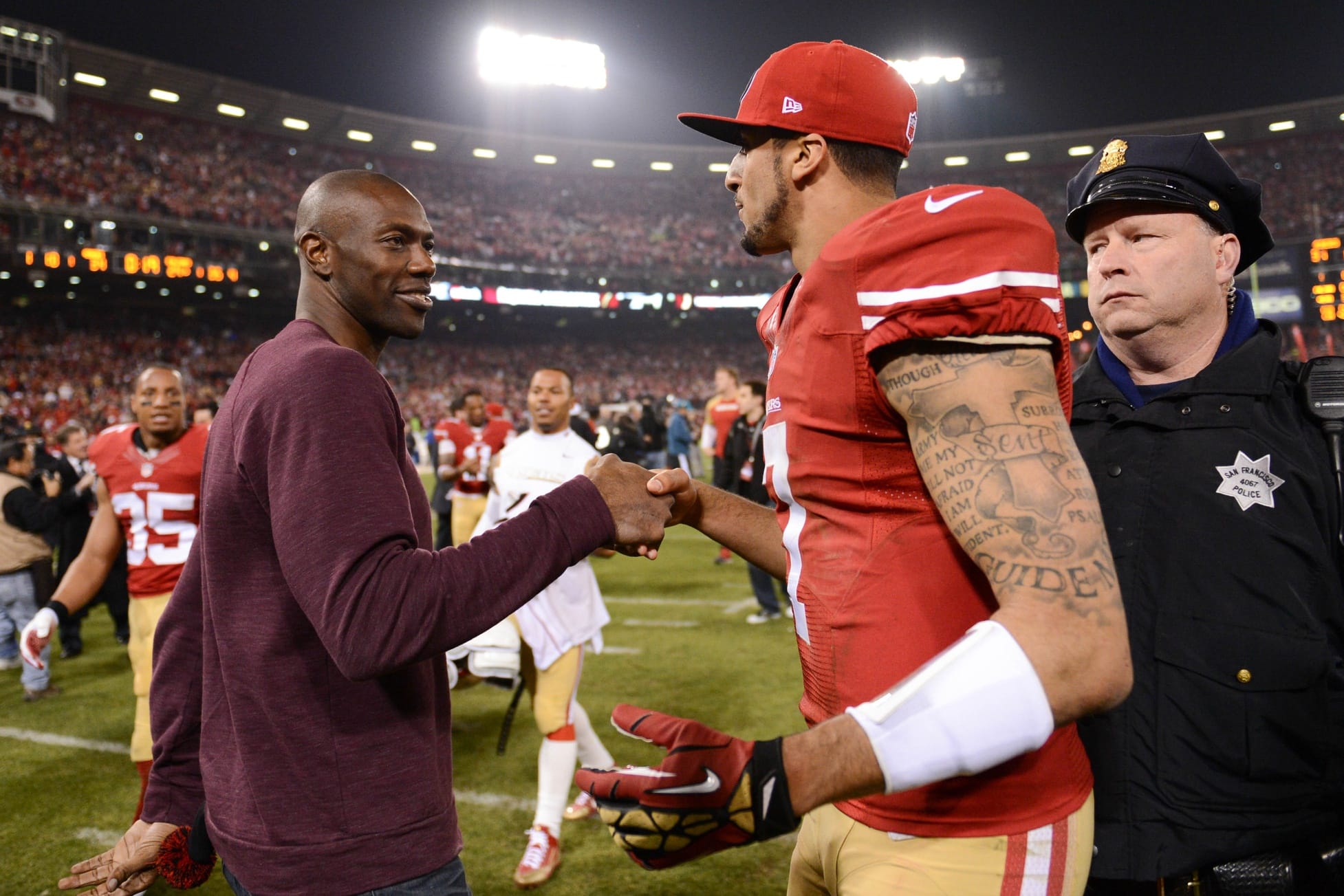 Kaepernick has been rehabbing from multiple off-season surgeries, which definitely could play a role in his toned-down look.

Though, it’s not a great overall look for the quarterback. He almost literally looks like one of those skinny skater dudes you see hanging around the local skate park.

We really have to wonder what’s going on behind the scenes here. Is Kaepernick looking to lose some weight in order to increase his speed on the field? If so, will that lead to some issues regarding him holding up on the football field?

Subject of a vast amount of trade rumors over the past several months, Kaepernick’s name will definitely be bandied about during the upcoming draft.

His new slimmed-down look obviously hasn’t played a role in what certain teams think about what he can do. After all, the embattled quarterback has met with Denver Broncos general manager John Elway multiple times over the past month.

Regardless, it’s still rather interesting.