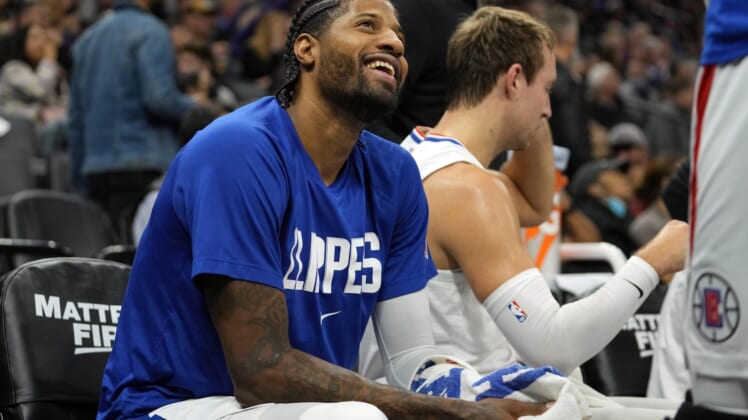 Los Angeles Clippers star Paul George will miss at least three weeks with a tear in the ulnar collateral ligament in his right elbow.

Officially, the Clippers said Saturday that George will miss three-four weeks before he is re-evaluated. The 31-year-old, who is in his third season with the Clippers, has averaged 24.7 points with 7.1 rebounds and 5.5 assists.

George’s elbow injury first surfaced after 102-90 victory at Portland on Dec. 6. He was originally diagnosed with a contusion.

George missed five consecutive games, returning Monday when he scored 25 points in 31 minutes of a 116-92 loss to the San Antonio Spurs. He had 17 points in 32 minutes of Wednesday’s 105-89 victory at Sacramento.

The injury is the latest blow for the Clippers. Los Angeles star Kawhi Leonard has not played at all this season and is out indefinitely after surgery for a knee injury that occurred in the playoffs last season.

The Clippers are just 17-15 this season despite winning streaks of seven and four games.