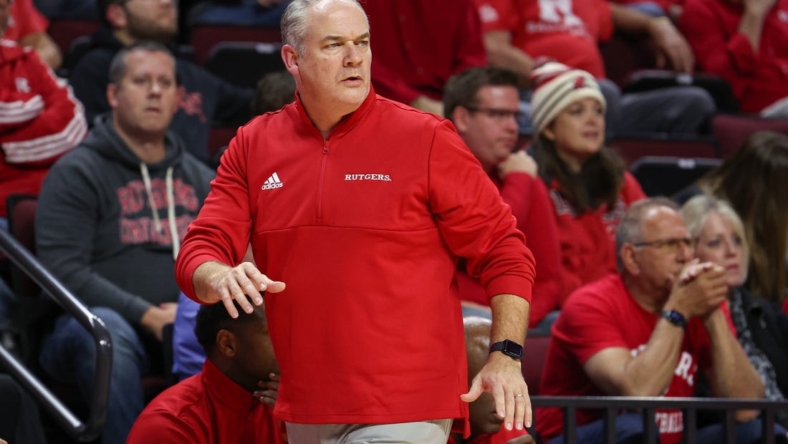 Derek Simpson chipped in 16 points, Cam Spencer added 15 and Aundre Hyatt notched 12 points for the Scarlet Knights (3-0), who won despite shooting 33.9 percent from the field and 3 of 16 from 3-point range.

Omoruyi dominated the first half with 15 points and nine rebounds as Rutgers led 34-21 at the break. He shot 6 of 11 in the opening half, while his teammates were just 6 for 23 from the field.

UMass-Lowell, meanwhile, shot only 29 percent in the opening half, including 0 of 8 from 3-point range. Brooks registered eight points, six rebounds and three blocks in the session.

The Scarlet Knights began to create separation with about four minutes left in the first half. With Rutgers leading 23-19, Omoruyi converted a dunk, a three-point play and another dunk to ignite a 9-0 run.

UMass-Lowell scored the first five points of the second half, but Rutgers answered with eight straight points, beginning with back-to-back 3-pointers from Hyatt and Spencer and concluding with Omoruyi’s dunk for a 42-26 lead with 17:30 to play.

The hosts grew their advantage to 46-28 before the River Hawks began their comeback. By the time Mikey Watkins made a 3-pointer with 12:46 left, UMass-Lowell had sliced its deficit to 48-39.

The margin hovered around 10 for the next 10 minutes until Coulibaly’s three-point play sliced the deficit to 66-59 with 2:54 to go. Coulibaly’s driving layup made it a six-point game with about two minutes left, but Rutgers went 6 of 6 from the free-throw line down the stretch to seal the victory.