Though the second round of the Eastern Conference playoffs featured a pair of series that displayed the favorites slightly stumbling through, the two survivors—the Cleveland Cavaliers and Atlanta Hawks—will battle for the right to represent the East in the 2015 NBA Finals.

Cleveland lost power forward Kevin Love to a dislocated shoulder earlier in the postseason, but LeBron James and Kyrie Irving will attempt to carry the franchise to its first Finals appearance since 2007.

But the Cavs must overcome the squad that finished atop the conference, a no-superstar, team-oriented attack in Atlanta. Paul Millsap, Al Horford and Jeff Teague will lead the Hawks into their first-ever Eastern finals.

TNT will televise Game 1 of the series, which is scheduled to tip off at 8:30 p.m. ET Wednesday night.

Cleveland Cavaliers: Minimize the Mismatches in the Frontcourt

As expected, despite an average frontcourt unit, the Cavaliers were hardly slowed by the Boston Celtics and Chicago Bulls. Against Atlanta, however, that will change.

Timofey Mozgov and Tristan Thompson will have their collective hands full dealing with Horford and Millsap defensively, but the offensive side presents what is perhaps an even greater challenge.

Neither Mozgov nor Thompson is effective away from the rim, while LeBron and Kyrie typically want to attack the basket instead of hoisting jumpers. But the Hawks, per NBA.com, have allowed a stingy 52.4 shooting percentage inside of six feet this postseason.

Cleveland must either draw in defenders and bury outside shots—looking at you J.R. Smith and Iman Shumpert—or find a way to overpower Atlanta in the post. 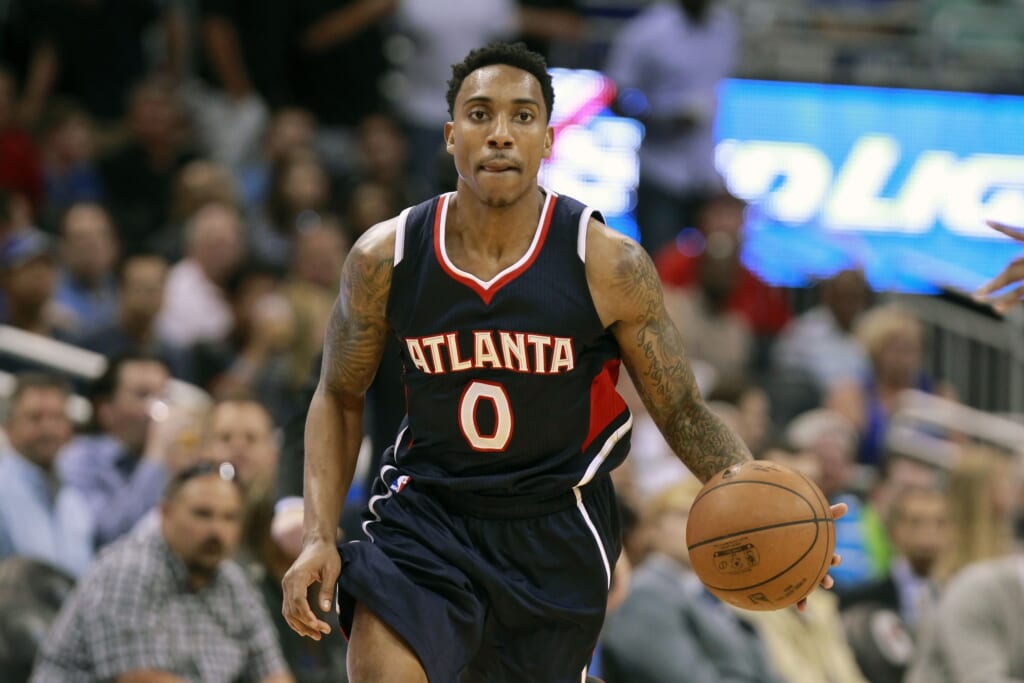 Confusingly consistent is the most applicable description of Jeff Teague’s playoff performance to date. He’s averaged 15.3 points and 7.3 assists during Atlanta’s eight victories compared to 15.3 and 7.8, respectively, in four losses.

But the Hawks surely don’t want that type of consistency from the point guard to continue. Along with Kyle Korver’s mini-three-point slump, Teague’s efficient facilitation out of pick-and-roll has been glaringly absent from the postseason.

“[Teague] is Atlanta’s best bet for penetration and creation among the starting five, and it has been proven on a regular basis that the Hawks are simply different (read: better) offensively when Teague is threatening the defense by prodding and forcing movement by the opposition.”

Atlanta needs Teague, who has clearly been affected by an ankle issue, to play through his discomfort and become inconsistent—in a good way.

Paul George, Kawhi Leonard and Jimmy Butler are considered the three players who can truly defend LeBron. But during the regular season, Atlanta small forward DeMarre Carroll generated a perception that he could be the fourth.

As noted by Zach Harper of CBS Sports, James struggled when Carroll was on the floor.

“With Carroll on the court against LeBron in 54 minutes, James shot just 41.7 percent from the field and the Cavs had a net rating of minus-10.2.

… With Carroll on the bench, the Cavs were a plus-4.7 points per 100 possessions and LeBron’s field goal percentage rose to 64 percent.”

Since Love is sidelined and Irving is banged up, the Hawks can afford to pay extra defensive attention to James, especially since Carroll hasn’t been that lockdown-type of player so far this postseason.

But the Cavaliers mustn’t let Wednesday be Carroll’s rebound performance, lest they fall behind early and come up short in Game 1.