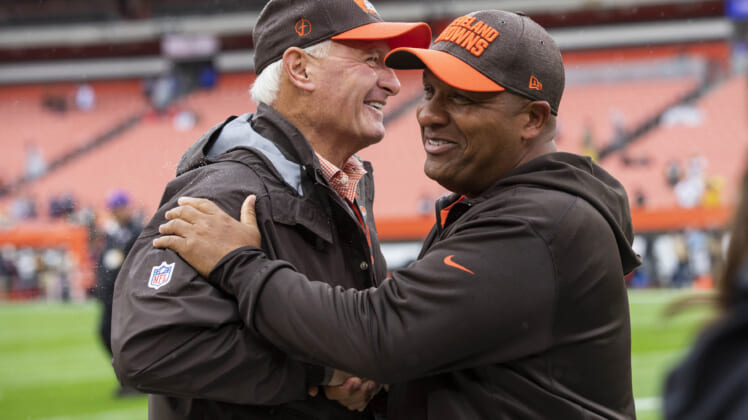 Cleveland Browns owner Jimmy Haslam could be in hot water with the NFL on multiple fronts. Since officially taking over in that role during the 2012 season, he’s also been among the least-popular owners in the sports world.

This could be taken to a whole new level following allegations from former Browns head coach Hue Jackson claiming that the Browns provided incentives to lose games during the 2016 and 2017 seasons.

Jackson’s claims came after the Miami Dolphins were named in a lawsuit by former head coach Brian Flores claiming systemic racism in the NFL hiring process. In said class-action suit, Flores alleges that Dolphins owner Stephen Ross tried to pay him to lose games during the 2019 season in hopes of landing quarterback Joe Burrow No. 1 in the 2020 NFL Draft.

Now, we’re hearing more from this. It comes directly from the NFL, who is now investigating allegations against Haslam and the Cleveland Browns.

“The review is ongoing and is expected to conclude soon,” the league said in a statement, via Sports Illustrated. 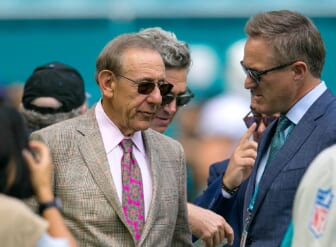 Currently the head coach at Grambling State, Jackson claimed back in February that Haslam offered him what was “a good number” to tank games during his tenure in Ohio.

Jackson also spoke on the NFL opening an investigation into his allegations. His response was not all-too friendly to the league.

“Two years ago I tried to do this the right way, through the bylaws and constitution of the National Football League, to ask them to investigate the Cleveland Browns for all the allegations that I’ve made. So why open an investigation now?”

Jackson, posted a 3-36-1 record as the Browns’ head coach. The team went 1-15 in his initial season back in 2016 before posting just the second 0-16 mark in NFL history the following season. His claims stem from those two seasons before the coach was fired midway through the 2018 campaign.

It was also back in February that Haslam attempted to take Jackson to task for the allegations. The embattled owner did not hold back.

I can’t think of any individual that I’ve worked with over the past 45 years that I spent as much time trying to help be successful as I did Hue Jackson. His third year, when our roster began to pretty dramatically improve, the eight games he coached we were 2-5-1. After Hue was dismissed, we went 5-3.”

For their part, the Browns also released a statement after the NFL’s investigation became public record on Monday.

“Even though Hue recanted his allegations a short time after they were made, it was important to us and to the integrity of the game to have an independent review of the allegations. We welcomed an investigation and we are confident the results will show, as we’ve previously stated, that these allegations are categorically false. We have fully cooperated with Mary Jo White and look forward to the findings.”

Based on the quotes provided above, it sure looks like nothing is going to come from this investigation. If, for some reason the NFL finds against the Browns, it will likely lead to a long suspension of Mr. Haslam or the owner being forced to sell the team. That’s how serious the allegations are.