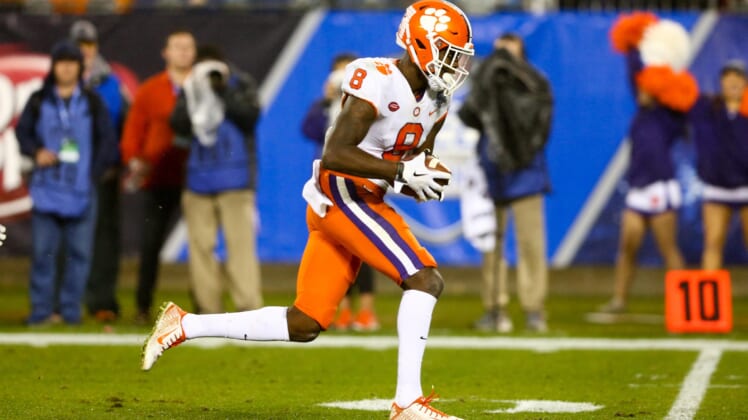 Clemson star wide receiver Justyn Ross will miss the entire 2020 college football season and is headed for surgery on Friday.

Speaking with reporters Monday, Clemson head coach Dabo Swinney announced Ross will have season-ending surgery. Earlier this spring after he suffered an injury, he learned he was born with congenital fusion.

Per Swinney, doctors are concerned.

Congenital fusion is “is a rare anomaly,” per Reviews in Clinical Medicine. “In this condition, two fused vertebrae appear structurally and functionally as one.”

Swinney said that Ross can “hopefully” be recovered by January and that he’s “doing great.” He also said that Ross has “a decision to make” about whether to stay at Clemson for another season or declare for the 2021 NFL Draft.

Barring medical concerns, Ross could easily be a very early 2021 NFL Draft selection. The 6-foot-4, 205-pound receiver is an exceptionally talented player who is known for making jaw-dropping plays on a regular basis (like this).

The past two seasons playing for the Tigers, Ross caught 112 passes for 1,865 yards and 17 touchdowns.