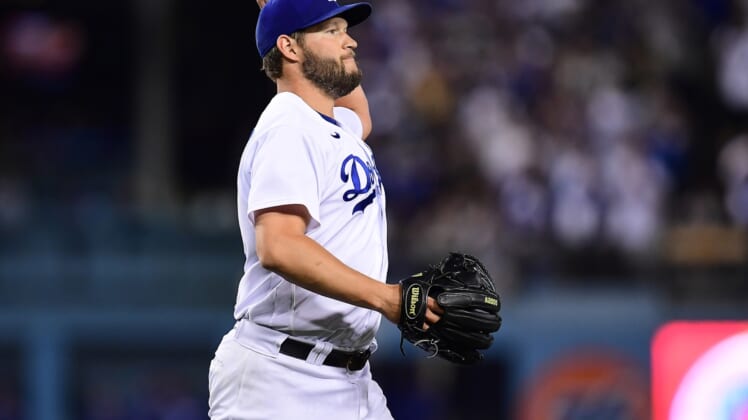 Kershaw entered the game three strikeouts shy of Don Sutton’s record of 2,696 in a Dodgers uniform. Kershaw finished the night with seven strikeouts. He didn’t figure in the decision, giving up one run on four hits while issuing two walks.

Javier Baez and Austin Meadows drove in two runs apiece for the Tigers while Jeimer Candelario had two hits and scored two runs.

Tigers starter Beau Brieske, making his second career appearance, gave up one run on three hits and struck out three in five innings. Jacob Barnes (2-0) pitched an inning of scoreless relief and was credited with the win.

Kershaw tied Sutton’s record by striking out Dustin Garneau in the third but the Tigers then tied the game. Derek Hill smacked a double and Robbie Grossman walked before Baez’s run-scoring single to left.

Kershaw set the new mark by whiffing rookie Spencer Torkelson on a slider in the fourth inning. In the same inning, the Tigers had two baserunners with two out before Kershaw once again fanned Garneau.

Los Angeles’ Chris Taylor hit a two-out double in the fourth but Brieske induced a Gavin Lux groundout to end the threat.

Meadows, who had three hits, played a key role in the seventh inning as Detroit scored three runs off Evan Phillips (1-1) and Brusdar Graterol.

Candelario was hit by a pitch and pinch-hitter Harold Castro singled. After the next two batters struck out, Baez sliced a double to right to bring in Candelario. Miguel Cabrera walked to load the bases before Meadows’ soft single to left knocked in two more runs.

Los Angeles had two baserunners in the bottom of the inning but Michael Fulmer came out of the bullpen and got Austin Barnes to hit into a double play.

The Tigers made it 5-1 in the eighth on Candelario’s infield hit and Tucker Barnhart’s RBI double.