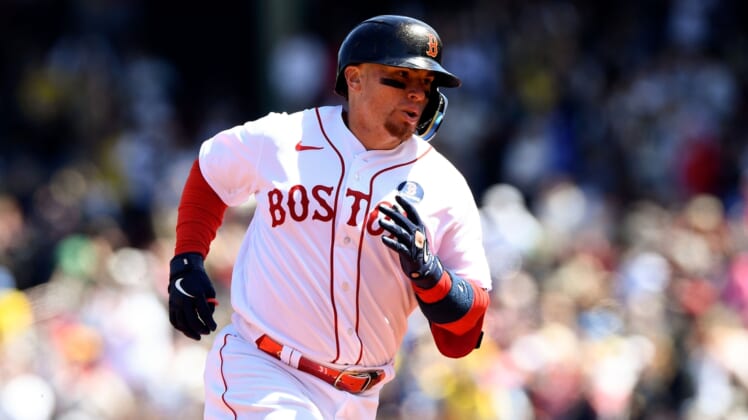 Catcher Connor Wong is on the active roster, with catcher Ronaldo Hernandez expected to be called up from Triple-A Worcester.

The Red Sox already were facing personnel shortages for series that begins Monday at Toronto. Multiple unvaccinated Red Sox players will not be able to enter into Canada for the series, which begins Monday.

Only right-hander Tanner Houck has been reported as a player who will not face the Blue Jays next week.

To replace Vazquez and Arauz, Boston recalled right-hander Tyler Danish from Worcester and selected the contract of outfielder Rob Refsnyder from the same affiliate.

Vazquez, 31, was batting .208 with one home run and three RBIs in seven games this season. Arauz, 23, did not have a hit in seven at-bats over five games.