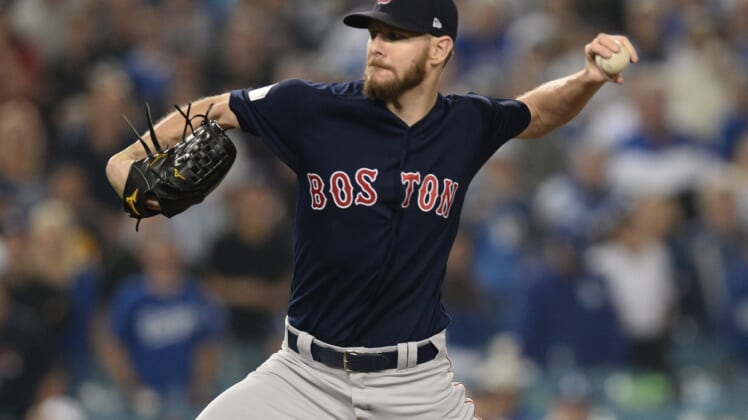 The Boston Red Sox have locked up ace starter Chris Sale on a five-year contract. This news is about as official as it gets after reports earlier on Friday indicated the two sides were close on a deal.

Ken Rosenthal of Fox Sports was the first to report that it’s expected to be a five-year deal.

It was previously noted by ESPN’s Jeff Passan that the deal was expected to be worth $150 million over five seasons.

Now that this is completed, Sale will boast the sixth-highest average annual salary among starting pitchers in Major League Baseball.

Sale is now signed through the 2024 campaign.