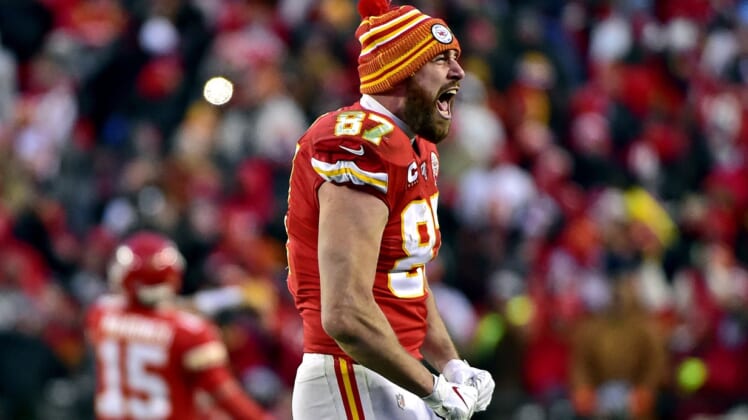 Kansas City Chiefs All-Pro tight end Travis Kelce has been dealing with a knee injury since the end of the regular season. It doesn’t seem to be a big deal heading into Super Bowl LIV against the San Francisco 49ers on Feb. 2.

However, Kelce did sit out of practice on Thursday with what the Chiefs described on their injury report as a knee ailment.

Other reports from Kansas City on Thursday suggested that multiple members of the Chiefs are dealing with illnesses. Kelce is among them.

The five-time Pro Bowler recorded 97 receptions for 1,229 yards and five touchdowns during the regular season. To say that he’s important to Kansas City’s offense would be an understatement.

The good news? There’s 10 days between Thursday’s practice and Super Bowl LIV in Miami. Kelce should be good to go.